Seeking their first win against the Black Caps on New Zealand soil, Bangladesh will have to improve.

Kane Williamson will aim to win his final ODI before the 2019 ICC Cricket World Cup as New Zealand face Bangladesh in the second ODI in Christchurch on Saturday. (READ MORE: Cautious start not due to ‘directive’: Nicholls)

New Zealand won the opening ODI with ease in Napier and with Williamson rested for the final match, this game at Hagley Oval will be the skipper’s last this season.

Bangladesh remain winless in 11 ODIs versus New Zealand in New Zealand, after they were bowled out for 233 in the first match. The openers failed to fire and there was only one half-century, and defending a small total the bowlers were pummelled by Martin Guptill.

Seeking their first win against the Black Caps on New Zealand soil, Bangladesh will have to improve in all disciplines.

From a 13-man squad, Tim Southee and Todd Astle were the two not picked in Napier. With Williamson out of the final match and Colin Munro due to come back, the team could persist with the same XI and play Southee and Astle in Dunedin.

The visitors won’t be inclined to make changes to the top order, even after the openers made single-digit scores. They need bowling support, but the question is who to drop. Rubel Hossain could come back at the expense of Sabbir Rahman.

Like most grounds in New Zealand, Hagley Oval with its small square boundaries is generally a batsman’s venue. Six times scores of 300-plus have been scored, five times between 260 and 289. Morning showers, turning to fine spells in the afternoon are forecast for Christchurch on Saturday.

” Me and Martin assessed the other night that we’re chasing 230, the importance that their opening bowlers were to play in that. We knew if we took it longer, [with] wickets in hand that was going to be important. It was more about assessing that situation in chasing that total, than an overall directive.” – Henry Nicholls 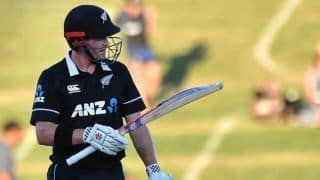 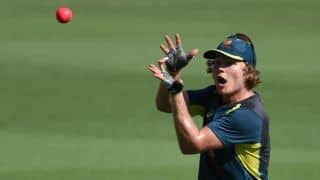