Never before as any New Zealand team won as many Test series in a row as Kane Williamson's.

This is history for New Zealand, who have never before achieved such an achievement. (READ: Wagner bounces out Bangladesh as New Zealand take series)

The record for most successive Test series wins belongs to England, Australia and India who have each won nine in a row.

Leading the way for New Zealand in what was less than a three-day win at Basin Reserve – the first two days were washed out – was the left-arm pace bowler Neil Wagner who took nine wickets. (READ: Wagner barrage results in “ideal two days” for New Zealand)

Under Williamson, New Zealand made history in December 2018 when they beat Sri Lanka 1-0 at home to make it four Tests series in a row for the first time in the country’s history. This run of success spanned a 2-0 win over West Indies at home, 1-0 over England at home (after 34 years), a landmark 2-1 win over Pakistan in the UAE and Sri Lanka 1-0 at home.

And now, by securing back-to-back innings victories over Bangladesh in Hamilton and Wellington, New Zealand have joined India, Australia, South Africa, Sri Lanka and West Indies as teams to have won five Test series on the trot.

New Zealand next play a Test series in Sri Lanka after this summer’s World Cup.

The final Test against Bangladesh starts Saturday in Christchurch. 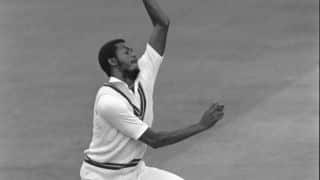 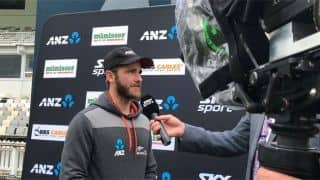