After a memorable day on which he surpassed his mentor Martin Crowe‘s record for most Test runs at the iconic Basin Reserve in Wellington, Ross Taylor recalled the late New Zealand icon whose tally of 1123 runs he went past on Monday.

Taylor’s 200 off 212 balls against Bangladesh was his 18th Test hundred, taking him past Crowe’s 17 and putting him second behind Kane Williamson in New Zealand’s all-time list. Speaking after stumps, Taylor spoke of his memories of Crowe’s once-mythical tally of 17 Test centuries.

“Seventeen was such a big number from when I started playing cricket, and once I got there it was a bit of a relief. Then I didn’t kick on and it was probably a little bit in my subconscious and it played on my mind,” he said. “Before this I had a chat to our sports psych guy, Pete [Sanford], to just acknowledge it’s always going to be there. It’s nice to knock it off and just go out there and play. (READ: Ross Taylor 200 headlines New Zealand’s dominance)

“I told Hogan [Crowe] apologies for taking so long to get there. I heard it was him I just broke most runs at the Basin so he’s probably a bit annoyed with that one.”

Taylor now averages 64.52 at the Basin Reserve after taking his run count there to 1226. He hit 19 fours and four sixes while putting on 172 with Williamson (74) and 216 with Henry Nicholls (103). (FULL SCORECARD: NEW ZEALAND vs BANGLADESH)

“There was a stage out there where I thought ‘Hogan got 299 [against Sri Lanka], I might get 199’. It was nice to get past that. I’ve always loved playing at the Basin, it was nice for family and friends to be here as well,” he said. “If you’d told me that at the start of the day, especially how the first 10 overs went, I would have said you were kidding.”

New Zealand were in a spot of bother at 8/2 when Taylor joined Williamson on day three. Dropped twice in three balls, he used his chances to hammer 200.

“I felt really good when I played against Sri Lanka here and got an absolute screamer at short leg second ball,” said Taylor. “I went back to that and thought luck’s got to change. Let’s make it pay. And being a three-day test we had to be a bit more proactive and score quickly to give our bowlers a chance.” 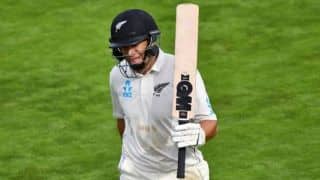 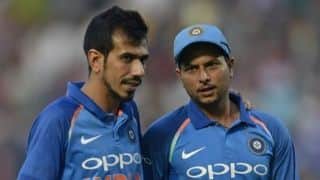