Ben Stokes missed out on the warm-up match, ahead of the two Tests versus New Zealand, due to back injury.

England all-rounder Ben Stokes will be fit to bowl in this week’s opening Test against New Zealand if he successfully manages to come through training. Earlier, Stokes’ hopes of making a Test return suffered a major blow after he was ruled out of his side’s two-day warm-up match against New Zealand XI due to a back injury. The opening warm-up match would have been Stokes’ first match since his last Test appearance against West Indies in September 2017, after which he was ruled out the Ashes series in the wake of his alleged involvement in a scuffle outside a City nightclub on September 25.

However, Stokes seems to have recovered from that injury and is all set to train ahead of the opening Test, which is slated to be held on Thursday at the Eden Park in Auckland, ESPNCricinfo reported. Commenting on Stokes’ chances to play in the opening Test, an England and Wales Cricket Board (ECB) spokesperson said, “His plan is to bowl tomorrow and on Wednesday outdoors. If he comes through, which he is expected to, he will bowl in the Auckland Test.”

Meanwhile, batsman James Vince is all set to be left out of the squad with Craig Overton likely to be roped in as the fourth seamer for the opening Test. 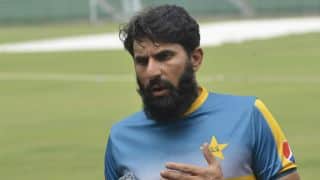