New Zealand owes this victory to the debutants for their stupendous effort and to the pacers, as the Kiwi pace quartet played the chief role in setting up this victory.

Young Jeet Raval, who was playing his debut Test against a tough Pakistani bowling attack in conditions helpful for bowling, quite fittingly hit the winning boundary as New Zealand beat Pakistan in the first Test here at Christchurch. Raval scored 55 in the first innings and backed up his effort with an unbeaten 36 in the second innings to complete a famous win for his side. The victory for the hosts came early in the second session of Day Four, effectively the third day of the Test since Day 1 was washed out due to rain. It means the match got over well inside eight sessions. Another debutant Colin de Grandhomme, who had earlier rattled the Pakistanis in their first innings with a record six-for, was adjudged the Man-of-The-Match. FULL CRICKET SCORECARD: New Zealand vs Pakistan, 1st Test at Christchurch.

The day began just the way New Zealand would have wanted to. Their bowlers did not take much time to polish off the Pakistani tail on morning of the fourth day. They conceded 42 runs for the three wickets that were required, thus setting up the victory with a meagre target of 105 to chase. In reply, their opener Raval and skipper Kane Wiliamson, who scored a quickfire 61 off just 77 balls took charge of the chase after Tom Latham departed early and guided the team to victory by adding 85 runs for the second wicket.

The visitors had resumed their second innings on Day Four from the overnight score of 129 for 7, with Sohail Khan and Asad Shafiq walking out to extend the lead of 62 runs. Shafiq, the last of the recognised batsmen, played cautiously while Sohail the tailender played the aggressor and threw caution to the wind. He continued to play his shots just the way he did on Day Three with the hope of maximising the lead. He had some fun out there with a few lusty blows off the New Zealand bowlers before being removed by Tim Southee for 40 off 39 balls that had 5 fours and a six. Full updates: New Zealand vs Pakistan, 1st Test at Christchurch.

Once again the New Zealand bowlers used the short-pitched strategy to good effect and it paid dividends too. Southee dropped one short and Sohail went for a pull, only to get caught by Colin de Grandhomme at backward square leg. This was a big wicket in context of the game, as Sohail was going hammer and tongs and adding valuable runs to the lead. He scored 40 and bettered his individual highest score of 36 in the process.

He was replaced by Yasir Shah and Pakistan would have hoped that the leg-spinner shall provide some assistance to Shafiq and help him extend the lead. However, just a couple of overs later, Shafiq became another victim of short-pitched stuff. Neil Wagner dished out another short ball and Shafiq pulled it towards deep mid-wicket, where debutant Raval was stationed. He had to cover some ground running in and take a splendid catch. Rahat Ali and Yasir added five more runs to the total before Southee got Rahat and ended Pakistan s innings with a lead of 104.

Trent Boult, Southee and Wagner finished with three wickets each while first innings here Colin de Grandhomme took the remaining one wicket. Grandhomme was the pick of the bowlers in the first innings as well, when he picked a record 6 for 41 on his debut, thus helping his side bundle out the opponents for 133. It was the best bowling effort by a New Zealand player on his Test debut.

He backed up his bowling effort with a quick cameo of 29 off just 37 when New Zealand batted in their first innings. He played a crucial role in his team getting a vital lead of 67. In the second innings too, he picked up the first Pakistani wicket to fall after the opening pair of Southee and Boult failed to get a breakthrough.

New Zealand owes this victory to the debutants for their stupendous effort and to the pacers. The Kiwi pace quartet played the chief role in setting up this victory. There were some personal milestones too, as Wagner completed his 100 Test wickets in his 26th Test; just one lesser than Richard Hadlee who holds the New Zealand record for fastest to 100 Test wickets.

The pitch favoured seam and swing and as a result, not a single wicket in the Test was taken by a spinner. Pacers from both the sides exploited the conditions on offer well and walked away with the wickets. This was a much needed win for the hosts after a forgettable India tour, where they were whitewashed. Pakistan, who have not lost a Test series in New Zealand since 1985, were let down by their batting. They came into this game without any match practice as their practice game got washed out due to rain. They will have little time to regroup before the next Test goes underway at Hamilton from November 25. 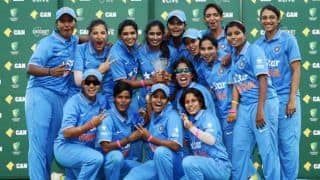