Pakistan skipper Misbah-ul-Haq has pulled himself out of the Test series against New Zealand due to his father-in-law passed away.

Pakistan skipper Misbah-ul-Haq has pulled himself out of the Test series against New Zealand due to his father-in-law passed away. Misbah soon flew back to Pakistan after the first Test against New Zealand along with his wife and daughter after he received the news early on Sunday morning. New Zealand defeated Pakistan by 8 wickets in the first Test which was played at Christchurch. Pakistan Cricket Board Chairman Shaharyar Khan announced that in the absence of Misbah, Azhar Ali will be taking over as the Pakistani skipper for the remainder of the series. Pakistan will be playing one more Test against New Zealand of the two match-Test series. Misbah s wife Uzma Misbah Ul Haq tweeted earlier today to inform about the incident. FULL CRICKET SCORECARD: New Zealand vs Pakistan, 1st Test at Christchurch

My father passed away, plz pray for his maghfirat. me and @captainmisbahpk on board coming back to pakistan

Earlier, young Jeet Raval, who was playing his debut Test against a tough Pakistani bowling attack in conditions helpful for bowling, quite fittingly hit the winning boundary as New Zealand beat Pakistan in the first Test here at Christchurch. Raval scored 55 in the first innings and backed up his effort with an unbeaten 36 in the second innings to complete a famous win for his side. The victory for the hosts came early in the second session of Day Four, effectively the third day of the Test since Day 1 was washed out due to rain. It means the match got over well inside eight sessions. Another debutant Colin de Grandhomme, who had earlier rattled the Pakistanis in their first innings with a record six-for, was adjudged the Man-of-The-Match. 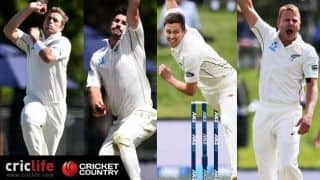 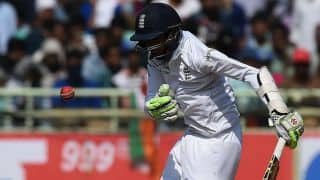