New Zealand and Pakistan will lock horns in the first Test at Christchurch from November 17.

Wellington: New Zealand skipper Kane Williamson has backed out of form batsman Ross Taylor to bounce back and come out with a startling performance in the first Test against Pakistan which starts in Christchurch on Thursday. Taylor was out of sorts in the recent concluded Test series against India and South Africa, which New Zealand went on lose 0-3 and 0-1 respectively. The former Kiwi skipper hasn’t scored more than 44 runs in any of his past 14 (nine test and five ODI) innings. However, Williamson said Taylor has been “working hard” on his game in the lead up to the two-match series. He knows the conditions well, he’s scored a lot of runs at home, so he will be looking to apply himself as best he can and hopefully make a great contribution tomorrow, the Black Caps skipper was quoted by stuff.co.nz. Full Cricket Scorecard: India vs New Zealand 1st Test at Christchurch

The 32-year-old batsman has scored 456 Test runs at an average of 57 this year, only 364 of those runs came against Zimbabwe. Against other opposition, he has not scored a half-century since the 290 at Perth, over a year ago. With the weather people forecasting rain for Thursday, the 26-year-old batsman said they would not finalise the playing XI until they get a last look at the Hagley pitch. However, he did confirm that Jeet Raval will make his debut and open the batting with Tom Latham.

New Zealand may have been coming at the back of a defeat against India, but Pakistan registered a 2-1 series win against West Indies in UAE and before that were held to a 2-2 draw in England. 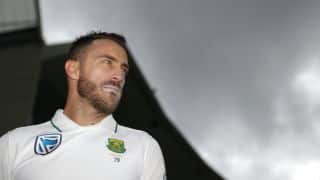 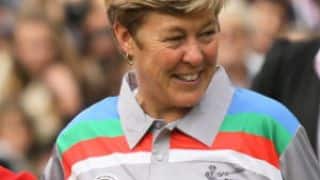