Currently New Zealand are 159 for the loss of six wickets.

New Zealand wicketkeeper-batsman, Luke Ronchi was dismissed for 17 by Shaminda Eranga after being caught by Angelo Mathews against Sri Lanka during the first of the seven-match ODI series at the Hagley Oval in Chrsitchurch on Sunday. Currently New Zealand are 159 for the loss of six wickets.

His dismissal has brought Nathan McCullum out on the ground who is currently batting along with Corey Anderson who is batting on 54 off 64 deliveries. Sri Lanka had earlier won the toss and elected to bat first and set a target of 219 as they take on New Zealand in the final ODI series before the ICC World Cup from February in Australia and New Zealand. 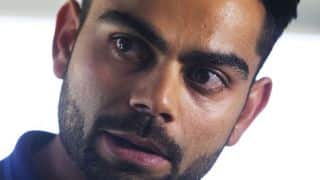 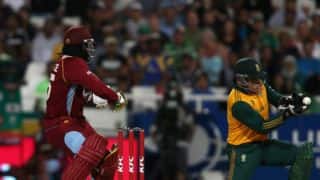