Currently New Zealand are 37 for the loss of a wicket with Brendon McCullum batting on 25.

New Zealand opening batsman, Martin Guptill was dismissed for 10 by Nuwan Kulasekara after being caught off Angelo Mathews against Sri Lanka in the second of the seven-match ODI series at Seddon Park in Hamilton on Thursday. Currently New Zealand are 37 for the loss of a wicket with Brendon McCullum batting on 25 as Tom Latham makes his way in. 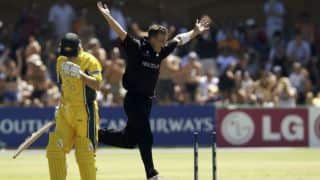 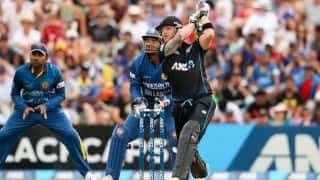