New Zealand lead West Indies, 1-0, in the three ODIs and will be without Kane Williamson and Tim Southee for the reminder of the series.

New Zealand won the ODI series opener against West Indies by 5 wickets. With a 1-0 lead, they will be without Kane Williamson and Tim Southee, and led by Tom Latham for the reminder of the series. Nonetheless, they have also lost the services of Adam Milne due to injury for both ODIs and T20Is. Milne landed badly on his left foot, and has been ruled out. The pacer had also missed the series opener, but had a good chance to feature in the playing XI for the penultimate ODI following Southee’s rest.

New Zealand are currently looking at young Seth Rance to replace Milne. New Zealand selector, Gavin Larsen stated, “Seth comes into the squad off the back of consistently strong domestic performances. We were already looking at Seth for the upcoming T20Is, so this just brings him into the squad slightly earlier than anticipated.”

In addition, Larsen also raised hopes for Milne’s comeback into the side after recovery. With New Zealand scheduled to host England, and take part in a T20I tri-series at home (involving England and Australia) in early 2018, Milne will get enough games post fitness: “Adam has a great work ethic and puts a lot into his fitness, so I certainly feel for him with this injury. It’s a long summer and there’s a lot of cricket left for Adam to play, so we’ll work with him to get him back to full fitness.”

New Zealand and West Indies will lock horns for the second ODI at Christchurch on Saturday (December 23). 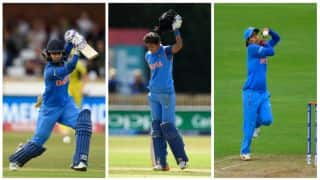 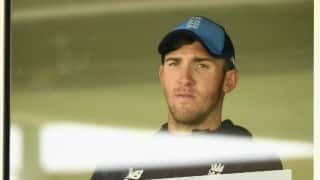