England lost their four-day warm-up match by three wickets on Saturday when New Zealand XI chased down a 333-run target with eight balls to spare. 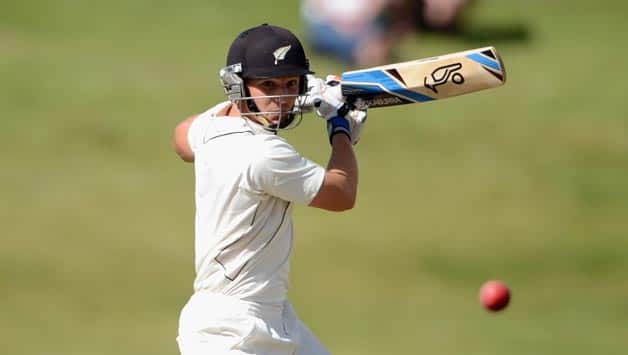 England lost their four-day warm-up match by three wickets on Saturday when New Zealand XI chased down a 333-run target with eight balls to spare.

BJ Watling led the charge with an unbeaten 89 while opener Tom Latham made 48 as England lost a First-Class warm-up match for the first time since being beaten by an Indian side seven years ago.

England declared at their overnight second innings total of 256 for nine – with Matt Prior (68) the main contributor and Graeme Swann unbeaten on 41 – but their hopes for an early breakthrough did not eventuate.

Latham and Hamish Rutherford, in contention for one opening spot in the New Zealand Test team, put on 56 for the first wicket when Chris Woakes dismissed Rutherford for 33.

Stuart Broad produced a glimmer of hope when he bowled Carl Cachopa for a duck before Neil Broom (41) settled in with Latham to lead New Zealand out of trouble.

Broad also dismissed Broom and Woakes removed Brownlie (17) to have New Zealand at 167-5 at tea before Watling dominated the final session in partnership with all-rounder Cory Anderson (44).

Joe Root, who claimed the wickets of Anderson and Jimmy Neesham (20) finished with figures of two for 42, Woakes took two for 67 and Broad two for 90.

Graham Onions, however, suffered in the big hitting close to finish with none for 82 off 16 overs while Swann, who claimed Latham’s wicket, had one for 44 off 20.