Middlesex confirmed that former South Africa wictketkeeper-batsman Nic Pothas has been appointed as their assistant coach.

Pothas had previous spells as specialist field coach and interim head coach with the Sri Lankan national team. More recently, he was associated with the West Indies cricket team as their fielding coach and was named as the interim coach when Law himself left to join Middlesex last December.

The 45-year-old links up with Law again with whom he worked with the West Indies.

“It is a great honour to be joining arguably the most prestigious club in England, steeped in history and success,” Pothas said. “I m looking forward to joining a great group of players and staff in bringing success to Middlesex Cricket and their supporters as well as renewing a working relationship with Stuart Law, with whom I share an aligned philosophy to improving players and environments.”

“Stuart Law was always keen to link up again with Nic and when he became available, we moved quickly. Nic’s energy, desire and commitment is huge and he and Stuart complement each other extremely well. Stuart, Nic and Alan Coleman give Middlesex Cricket a coaching team to be extremely proud of. Their presence has already provided and produced great energy, skill and enthusiasm to our cricket,” Fraser said. 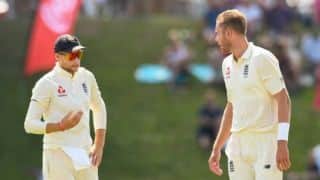 It's Joe Root vs Stuart Broad in County Championship opener 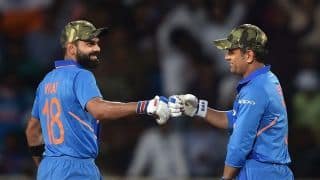