India Women will take on Australia in the deciding ODI at the same venue on March 12.

Australia Women made the target of 201 look a piece of cake. Nicole Bolton‘s century helped them Australia ease to the target with 17.5 overs to spare in the 1st ODI at Reliance Stadium, Vadodara. With this Australia have taken 1-0 lead in the 3-match ODI series against India Women. The Indian bowlers fell flat, allowing Bolton to feast upon them. India were under pressure with the visitors getting off to a flier and not letting the momentum drop.

Bolton and Alyssa Healy put up 60 for the opening wicket in 9 overs. Healy was in charge towards the start, with a quickfire 29-ball 38 that comprised of 6 fours and a six. Shikha Pandey was the only bowler to scalp a wicket for India, that of Healy. Meg Lanning then joined Bolton and carried the momentum forward. India, on their part, were sloppy on the field. Bolton was dropped by Rajeshwari Gayakwad on 67.

Lanning, who was looking in good stead, was run out for 33 after adding 60 stand with Bolton. Thereon, Ellyse Perry (25*) and Bolton saw Australia home.

Earlier, India were bundled for exactly 200. Even that had seemed far when they were languishing at 113 for 7. Then Pooja Vastrakar’s maiden fifty and Sushma Verma’s gritty 41 revived things somewhat. They were involved in a crucial 76-run stand. The Australians were disciplined, with Jess Jonassen taking 4 wickets and Amanda-Jane Wellington 3.

India Women will take on Australia in the deciding ODI at the same venue on March 12.

Player of the Match: Nicole Bolton. 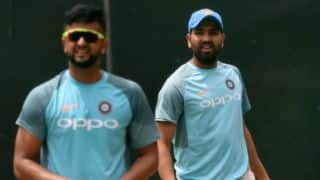 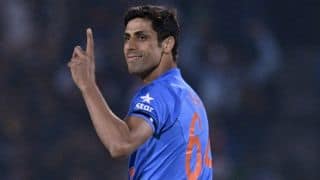