“Regrettable and unacceptable” is how Sri Lanka Cricket chief Thilanga Sumathipala has described the behaviour of the Bangladeshi team during their crucial match against the hosts on Friday night.

Bangladesh captain Shakib Al Hasan was seen gesticulating at his batsmen, appearing to be conveying that they leave the field in protest against umpiring errors.

The Bangladeshis claimed that the first two balls of Isuru Udana’s final over when Bangladesh needed 12 were no balls and should have been called as such for height.

Both ended as dot balls and even resulted in a run out.

That sort of behaviour at an umpire’s decision was most unacceptable and regrettable , Sumathipala said.

Reports also claimed that Bangladeshi dressing room glass pane was left to smithereens after their victory celebration as they beat the hosts narrowly to set up Sunday’s final against India.

Bangladesh captain Shakib Al Hasan and reserve player Nurul Hasan were today fined 25 per cent of their match fees and given one demerit point each for breaching the ICC Code of Conduct. 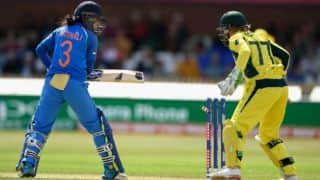 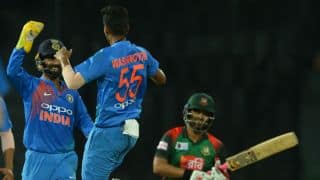