According to Supreme Court's recent verdict, Niranjan Shah will be stepping down from his post as secretary

Niranjan Shah, secretary of Saurashtra Cricket Association (SCA) might be stepping down from the post after Supreme Court’s verdict about age cap of 70 years for BCCI office bearers. He has been related to Saurashtra Cricket Association (SCA) for 43 years (approximately). He has been associated with BCCI for nearly three decades.  It is quite evident that he will be no longer managing Saurashtra’s cricketing affairs. He is a bit disappointment about the decision. Niranjan Shah has played 12 First-Class matches and scored 281 runs at an average of 11.70. His First-Class record might not be impressive but he has worked for SCA managing the affairs for over four decades. ALSO READ: SC verdict: End of road for Sharad Pawar, N Srinivasan, Niranjan Shah

Niranjan Shah told TOI,  “Yes, I am a bit disappointed but will respect the court’s verdict. If I have to retire then, why not? But age discrimination is not a good thing. It is not there anywhere in the world. On asked about his retirement plans, he said, “Koi chinta nathi (there is nothing to worry about). There is still a lot of time before the verdict is implemented. The BCCI will first implement it and then turn to the states. I think we still have a year to go.”

When asked about his son Jaydev Shah, skipper of Saurashtra Ranji team taking over the position, he said, “It is up to him (laughingly).” Jaydev Shah has 4,245 runs in First-Class cricket at an average of 27.28 from 105 matches.  According to Rajesh Patel, secretary of Gujarat Cricket Association (GCA), the verdict will affect  Vice-President -Kanti Desai of Valsad and Kanahiya Contractor of Surat who are over 70 years. He said, “As of now, all I can say is that there is no problem in Amit Shah continuing as GCA president.”

Sachin Tendulkar tries to help a friend; lands himself in a controversy 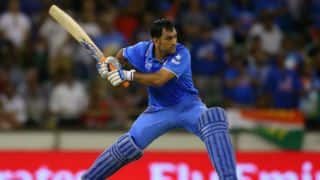