Niranjan Shah unhappy after being ignored for upcoming NCA meeting

Niranjan Shah unhappy after being ignored for upcoming NCA meeting

Apart from Shah all other members of the NCA committee have been called including Rahul Johri, Dilip Vengsarkar and Debasis Mohanty.

Much to the dismay of the old-guard in the Board of Control for Cricket in India (BCCI), the Committee of Administrators (COA) have started to expel members that are not compliance to the Lodha Panel Recommendations. In a recent doing, BCCI acting secretary Amitabh Choudhary, did not invite former Saurashtra Cricket Association (SCA) secretary Niranjan Shah for an upcoming National Cricket Academy (NCA) meeting.

The meeting is due on September 15 in New Delhi. Shah, was in-charge of the SCA for 40-year before being disqualified by Supreme Court. Voicing his non-invitation, Shah in his letter to Choudhary has expressed his displeasure.

According to Times of India, the letter states, “Dear Amitabh, I’m surprised to learn that a meeting of the NCA Committee has been scheduled this Friday, and a notice for the same hasn’t been sent to me, even though I’m the chairman of the NCA, officially constituted by the BCCI. You’ll agree that as an acting secretary of the BCCI appointed by the Supreme Court and to comply with the duty of the BCCI’s procedural matters, notice for the meeting under reference should’ve been sent to me.

“As a chairman of the NCA committee, I hereby call upon you to postpone the aforesaid meeting and to inform all the members promptly. The rescheduled meeting may be held after giving ample time to all the members of the NCA committee, including me to prepare and contribute at the meeting. The omission of anyone and/or undue haste in holding such meetings would reflect lack of transparency, fairness and equity; especially in matters that would have a significant financial impact, the letter concludes.

Apart from Shah all other members of the NCA committee have been called including BCCI CEO Rahul Johri, Choudhary, former India captain Dilip Vengsarkar and Debasis Mohanty. 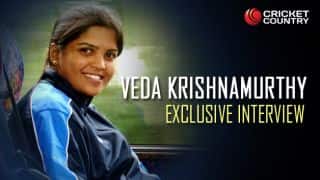