Sri Lankan batsmen in the form of Niroshan Dickwella and Kusal Mendis jointly played a commendable innings of 94 each as they cruised to 330-7 vs West Indies.

Sri Lankan batsmen in the form of Niroshan Dickwella and Kusal Mendis jointly played a commendable innings of 94 each, including twin over 100-run stand, as the visitors cruised to a challenging and a possible match-winning total of 330 for the loss of seven wickets in the allotted 50 overs vs fellow visitors West Indies, in the fifth One-Day International (ODI) of the ongoing Zimbabwe tri-nation series at the Queens Sports Club in Bulawayo on Wednesday. Apart from the two, opener Dhnanjaya de Silva too scored a healthy 58, while Windies skipper Jason Holder claimed three wickets in the innings. FULL CRICKET SCORECARD: Sri Lanka vs West Indies, Zimbabwe Tri-Nation Series, 5th ODI at Bulawayo

Earlier, Windies skipper Holder won the coin toss and elected to field first on a grassy wicket, as they moved in with an unchanged squad from the last game win against Zimbabwe, while Sri Lankan skipper Upul Tharanga made a couple of changes from the washed out game against Zimbabwe, as he brought in Nuwan Pradeep and Shehan Jayasuriya for Dasun Shanaka and Jaffrey Vandersay. Meanwhile, Sri Lanka were off to a shaky start, as with just 18 runs on the board, they lost their opener in the form of Kusal Perera, who fell for mere seven to Shannon Gabriel in the third over.

However, it was followed by a massive 105-run stand between opener Dhnanjaya and Dickwella, as Dhnanjaya contributed 49, and Dickwella contributed 56 runs in the stand. Dickwella, also scored his maiden ODI half-century in 50 deliveries, including five boundaries and a six, along with a strike rate of 89, while Dhnanjaya too brought up his third ODI fifty in 52 deliveries, including six boundaries, along with a strike rate of 97, before he fell for 58 to Kraigg Brathwaite in the 21st over. FULL Cricket Score, SL vs WI, Tri-Nation Series 2016, 5th ODI at Harare

It was followed by another mammoth 107-run stand for the third wicket between Dickwella, and Kusal Mendis, as Dickwella contributed 38, and Mendis contributed 63 runs in the stand. Also, Kusal Mendis scored his sixth ODI half-century in 47 deliveries, including seven boundaries, along with a strike rate of 129, before Dickwella fell for 94 to Holder in the 39th over, as the score read 230 for the loss of three wickets.

It was 28 runs later, when Shehan made his way back for mere nine, after falling to Carlos Brathwaite in the 43rd over. At the score of 277, it was Kusal Mendis, who was dismissed for 94 by Ashley Nurse in the very next over, while 14 runs later, it was Asela Gunaratne, who fell for mere six to Holder in the 46th over. It was the pair of Tharanga, and Sachith Pathirana, who batted out until the end, before the skipper fell for 26 to the Windies skipper in the final ball of the final over, whole Sri Lanka comfortable cruised to a possible match-winning and challenging total of 330 for the loss of seven wickets. 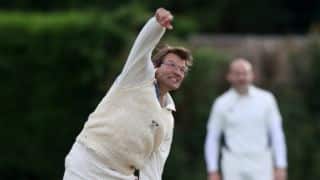 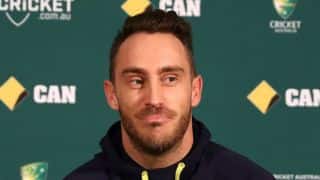