In an exclusive interview, Nitu Ghangas spoke about her goals after winning a gold medal in the 48 kg weight category at the recently concluded Commonwealth Games 2022.

New Delhi: Nitu Ghangas created history at the recently concluded Commonwealth Games 2022 as she won a gold medal in the women’s 48kg category. It is her first medal in the continental competition and she will now look to change her weight category to 50 kg to compete in the upcoming Paris Olympics in 2024. This change might put her against another Commonwealth Games gold medallist and world boxing champion Nikhat Zareen.

Paris Olympics will only allow 50kg, 54kg, 57kg, 60kg, 66kg, and 75kg weight categories in the women’s boxing competition. Nikhat Zareen recently won the medal at the Commonwealth Games in the 50kg flyweight category and might compete in the upcoming Olympics with the same weight. A battle between Nitu Ghangas and Nikhat Zareen would keep Indian boxing fans on the edge, especially after both won medals in the Commonwealth Games.

“I have to work hard on increasing my weight and strength. I will try to qualify for the Olympics in the 50kg weight category. This might out me against Nikhat Zareen in the boxing ring and I am completely ready for the fight. I will give my 100 percent against Nikhat Zareen or any other boxer. She is a world champion boxer it won’t affect my focus,” said excited Nitu Ghangas, who recently returned to her home in Bhiwani after achieving success in Birmingham.

Nitu Ghangas had qualified for the Olympics after beating her idol and one of the all-time greats MC Mary Kom. The young boxer idolises Mary Kom and said she learned a lot from the six-time world champion boxer in her journey to Commonwealth Games gold medal. Just like Mary Kom, Nitu Ghangas’ special qualities are her speed and strength in the ring which she used to the full extent to win in her recent gold medal run

“MC Mary Kom has always been my idol. She is a southpaw boxer just like me and I see her a lot to learn more about boxing. I fought against her in the trials for the Commonwealth Games and defeated her to qualify for the tournament. However, I wasn’t satisfied since she got injured in the middle of the bout. It was my idol Mary Kom, so I wanted her to finish the match,” said Nitu Ghangas.

Nitu Ghangas is busy in facilitation ceremonies right now after the Commonwealth Games, but she will be back in the ring soon to win more medals for India. Nadal, Alcaraz Will Play In US Open Exhibition Match To Provide Support To Ukraine 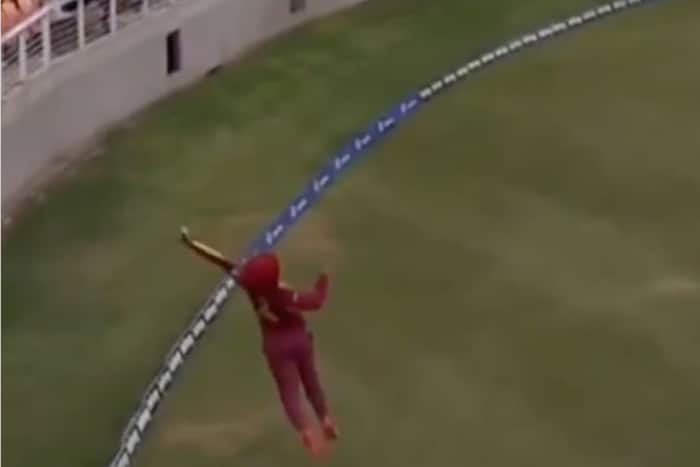 VIDEO: Shimron Hetmyer Takes The Catch Of Season For West Indies vs New Zealand in 1st T20I At Jamaica