Pollard denied Lewis fastest hundred in CPL and second fastest in T20 cricket after he bowled a no-ball and handed Patriots a 10-wicket win.

After much backlash from fans worldwide, West Indies all-rounder Kieron Pollard has come out in the open about his alleged no-ball to Evin Lewis. In a crucial St Kitts and Nevis Patriots versus Barbados Trident tie in the ongoing Caribbean Premier League (CPL) 2017, Pollard denied Lewis fastest hundred in CPL and second fastest in T20 cricket after he bowled a no-ball and handed Patriots a 10-wicket win.

Batting on 97 from merely 31 balls, Lewis needed a four to even have a shot at the record but could not face any more legal delivery. Speaking to Sports Max, Pollard said, When I took up that ball in that last delivery, I had one thing in my mind: trying to bowl a delivery, my best delivery – what has been working for me throughout the tournament – a short delivery to see if he [will] have a waft at it, to see if it can go up in the air and we can get him out.

He further explained, Although we would have lost the game, I was still thinking of getting him out, and using my strength, what I had been doing. Unfortunately, [the] stride went for that extra, I stepped over the mark and I think that has been the talking point, of what actually happened, the actual no-ball itself.

Pollard did have a chat with Lewis after the game. Yes I did [talk to him after that]. We had a conversation. I wouldn t share the exchange of the conversation but we had a couple of Whatsapp messages and it s all-cordial. No, I didn’t apologise to him. To me, there is nothing to apologise for. We just laughed it off, concluded Pollard. 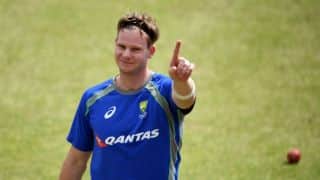 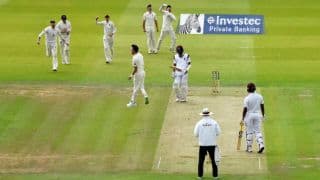