Considered the ‘next big thing’ in Indian cricket, Shubman Gill has broken into the national team sooner than he expected and says there can’t be a better place to start his international career than New Zealand, where he was named player of U-19 World Cup, 12 months ago. (Gill well equipped to play against any team: Nayar)

The last one year has seen the 19-year-old opener take giant strides. The Mohali-based cricketer has followed his U-19 captain Prithvi Shaw to make the Indian team, albeit in the shorter formats, after a ‘dream’ 2018 when he bagged a lucrative IPL contract following a stellar World Cup and made 790 runs in 10 innings at 98.75 in Punjab’s latest Ranji Trophy campaign. (All you need to know about Gill)

He was also part of the Rahul Dravid-coached India A side that toured New Zealand last month. “It is a big advantage (to be picked for the New Zealand tour). I played well there in the U-19 World Cup and now again I have got the opportunity,” Gill said on Sunday.

“As I have done well there, I can say that there isn’t much adjustment needed in the technique. If I get an opportunity, I will have just need to handle the pressure that comes with playing for India. Mentally, it will be different for sure but I am ready.”

He is a supremely gifted and confident cricketer but the occasion got the better of him when he was informed about his selection. “It was late in the night. My heart started beating faster. The messages started pouring in and I rushed to tell my father. It was a special moment,” said Gill.

Gill knew his time would come, something he had expressed to PTI after a fruitful campaign in the Deodhar Trophy in October, shortly after Shaw’s sensational Test debut.

Even senior Punjab teammate Yuvraj Singh and his IPL captain Dinesh Karthik, who was amongst the first few to congratulate Gill, knew it was only a matter of time before he reaches the biggest stage and that would probably happen after the World Cup in May-July.

But Gill has got the selectors’ nod well before the ICC mega event in England as he replaces the suspended KL Rahul in the limited overs squad for the New Zealand tour, beginning January 23. The Indian top-order is well settled at the moment but Gill can still get to play during the five ODIs and three T20Is against the Black Caps.

“The call was unexpected but I understand the circumstances in which I have been picked. I have a pretty set target in mind. I have done well at all the levels I have played in so far and that has given me the belief that I can also excel in international cricket,” said Gill.

Prithvi Shaw and Gill already seem like polished products and the Punjab opener puts it down to the exposure received during his maiden IPL stint with KKR.

“Definitely, I have gained maximum exposure from IPL and Ranji Trophy experience has also helped immensely. Though, it all started with the win in the U-19 World Cup where we experienced the media pressure for the first time. The atmosphere that is created during the U-19 World Cup does help you at higher levels,” added Gill. 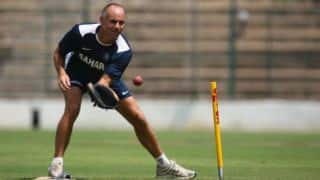