The T20 World Cup this year looks highly unlikely and India are scheduled to host its next iteration in 2021 before playing host to the 2023 ODI World Cup as well. 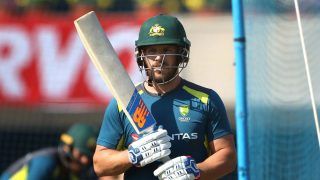 The cricketing world is waiting with bated breath when normal course of action resumes with currently all professional cricket suspended due to the coronavirus pandemic.

International cricket though is set to resume next month with England hosting West Indies for a three-match Test series. However, this will be under strict health protocols including no fans at the venue with the cricketers spending weeks inside a bio-secure bubble.

Australia are scheduled to tour England, if it goes ahead as planned, but only in September. So what’s their limited-overs captain Aaron Finch doing?

The T20 World Cup this year looks highly unlikely and India are scheduled to host its next iteration in 2021 before playing host to the 2023 ODI World Cup as well.

“I’m a cricket nuffy so you are always thinking about it, especially being captain and with what’s coming up with the T20 World Cup, whenever that might be, and there’s a couple of them and looking forward to the 2023 50-over World Cup in India,” Finch told SEN Radio. “We are just in the processing of nutting out how we go about winning that, what we’ll need to do down the track to be successful in those three tournaments.”

“In the 50-over space it’s about working back from that 2023 World Cup and really getting a detailed plan of how we think we’ll have to win it, what’s the structure of the side we’ll need in India. Is it going to be two spinners, is it going to be an extra all-rounder, and kind of work back from there,” he added.

Finch reckons the time has come when Australia should started blooding in new talents that could help them win the showpiece event.

Finch, who led Australia at the 2019 World Cup where they exited in the semi-finals, said the selectors could identify a pool of 25 cricketers which can then further be trimmed closer to the tournament.

“It’s not rocket science, it’s going through data, a bit of gut instinct of what you feel will be the trends of one-day cricket. Will it be 400, or will it be that 320-mark with some wearing pitches in India and a couple of spinners in your side?” he said. 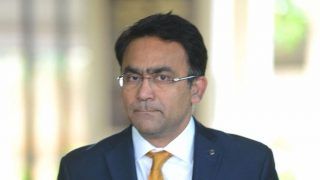 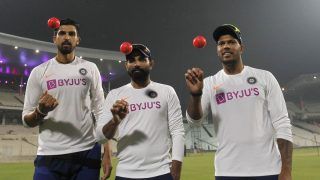