England batsman Kevin Pietersen has hit out at his critics who have cast a doubt over his ODI future, insisting that he wants to feature in every international game and stay in the team for another five years. 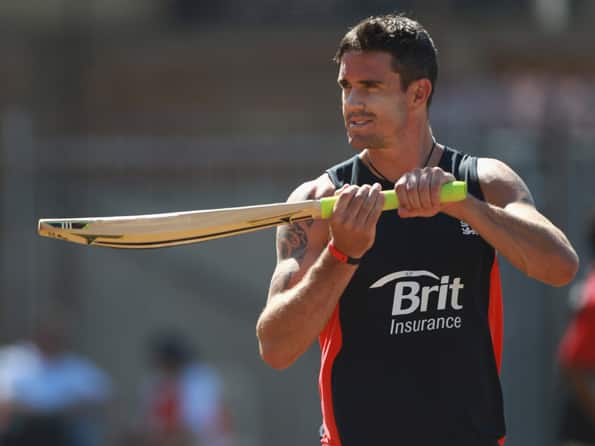 England batsman Kevin Pietersen has hit out at his critics who have cast a doubt over his ODI future, insisting that he wants to feature in every international game and stay in the team for another five years.

The 31-year-old Pietersen, who was part of England’s victorious Test and Twenty20 squads, has been rested from the ongoing five-match ODI series against India.

But the middle-order batsman made it clear that he has every intention of continuing, and the ‘rest’ given to him by the national selectors will help England’s quest to be number one in one-day cricket as well as Tests.

“I’ve got two Twenty20s versus the West Indies later this month at The Oval and then we leave on October 3 for the one-day series in India, which is five one-day internationals and a Twenty20.

I’m planning to play on for another four or five years, which will incorporate another couple of Ashes series,” Pietersen was quoted as saying by the ‘Daily Mail’.

“There’s no doubt that England’s success is also partly down to the fact that the players are rested when they can.

International cricket can be a constant slog. I think India have got to that point now.

“The demands on the top players, especially if they play all three forms of international cricket, are immense. Maybe that’s why we haven’t quite got there yet in one-day cricket.

But we’re working on it,” he added.

England and Wales Cricket Board (ECB) has asked Pietersen’s county club Surrey that he must not play for the rest of their campaign even though they play a CB40 semi-final against Sussex on next Sunday.

His next appearance will come against Pakistan in the United Arab Emirates in January next year.

Pietersen had hit just one hundred and two fifties in his last 30 ODI innings since November 2008 before finding form in the first Test against India at Lord’s, where he came up with a double century.(PTI)

Nawab of Pataudi likely to be discharged within a week