Bengaluru police have served a notice to the Karnataka State Cricket Association (KSCA) seeking extensive information on the T20 tournament. There won’t be any more matches in the Karnataka Premier League (KPL) until the multi-crore better scam is complete, informed a Karnataka State Cricket Association (KSCA) official Treasurer Vinay Mruthyunjaya on Thursday.

“We will definitely not conduct the KPL tournament matches till the investigation is completed and the final report from the police comes out,” Mruthyunjaya told IANS.

The KPL has been embroiled with several betting scams this year. Since the investigation began after Belagavi Panthers’ owner Asfaq Ali Thara was arrested on September 25, six persons have been taken into custody Gautam, Kazi, Nishant Singh Shekawat and Vishwanathan of Bengaluru Blasters, their bowling coach Vinu Prasad and Tuskers drummer Bhuvenash Bafna. Police also arrested Haryana-based bookie Sayyam for his role in the old J.P. Nagar case, related to the KPL betting scam.

Latest update is from the Bengaluru police who have served a notice on the cricket association seeking extensive information on the T20 tournament.

“The police asked for a lot of information pertaining to KPL tournament, teams, scorecards, video footage of all the matches, details of all the players, phone numbers,” Mruthyunjaya said.

“We will check up, we did not have any formidable information in this regard. Let me discuss with our officers also,” Mruthyunjaya said.

According to Mruthyunjaya, KSCA has nothing to do with the cheer girls suspected to be involved in honeytrapping some cricketers.

“We would not know, police would be knowing. KSCA never employs cheer girls, the teams employ the cheer girls,” added Mruthyunjaya.

The KSCA runs the KPL every year on the lines of the popular Indian Premier League (IPL). The KPL tournament for 2019 was held from August 16-31. 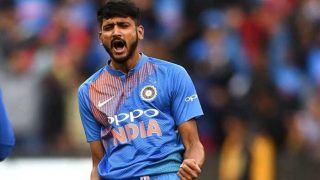