The Chairman of Pakistan Cricket Board, Ijaz Butt has ruled out the possibility of the ICC task force visiting Pakistan to give credibility to the report that they have filed on Pakistan cricket. 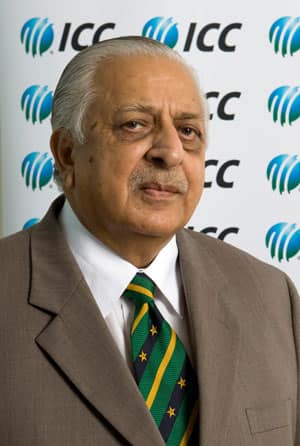 The Chairman of Pakistan Cricket Board, Ijaz Butt has ruled out the possibility of the ICC task force visiting Pakistan to give credibility to the report that they have filed on Pakistan cricket.

“Chances of the task force team visiting Pakistan are nearly over and I also don’t think there is a need for them to visit Pakistan now,” Butt said in an interview to Express daily newspaper on Saturday.

Butt said the PCB has gone through the report of the task force but the decision to implement the recommendations laid out in the report were purely the discretion of the board.

He also added that the prospect of the task team visiting Pakistan had been discussed at the last ICC meeting in Hong Kong but now that option was over.

“We also don’t think now there is a necessity for such a visit. As it is, we are studying the task team report and if there are some good recommendations who wouldn’t want to implement them,” he said.

A former Test player, Butt dismissed reports that long serving manager of the Pakistan cricket team — Intikhab Alam — had been removed due to the recommendations made by the task force team.

The task team has recommended that manager should be appointed for a two-year term and a person should be given only one job to handle at a time.

Intikhab, who was the manager of the national team till recently, is also heading the PCB’s development projects at the National Cricket Academy, besides being a member of the governing board and chairman of the cricket committee.

Butt clarified that at present there were no plans to launch a legal challenge against the recent ICC constitutional amendments under which all member boards had to make it mandatory in two years time that there is no government or political interference in cricket affairs.

“We don’t have any plans to legally challenge this amendment. We have two years time and I think in two years time some solution will be found out,” Butt said.

Referring to the upcoming Zimbabwe tour, the PCB chief said there were no plans to appoint a vice-captain to captain Misbah-ul-Haq as the board didn’t feel the need for this.

“Frankly speaking it is a short tour and if an eventuality arises, the tour management can appoint someone to lead the side.”

Butt said that the Zimbabwe tour would provide opportunities to new players to show their worth.

“Since we have no international cricket at home we can only try out new players, who perform well in domestic cricket, on foreign tours. And the experiment has been quite successful so far,” he said.

The PCB chief made it clear that there was a proposal to hold a Test against Sri Lanka in Sharjah, in which the broadcasters also showed interested.

“We have now told the broadcasters to speak directly to the Sri Lankans as we have no objections to playing in Sharjah,” said Butt.

He said there has been some positive development as fas as Indo-Pak bilateral cricket relationship is concerned and both governments and high commissions had made progress.

“Pretty soon we should hear some good news regarding resumption of bilateral cricket ties,” Butt said.