The chairman of the Pakistan Cricket Board (PCB), Zaka Ashraf ruled out holding talks with its Indian counterparts over resumption of bilateral ties between the two countries. 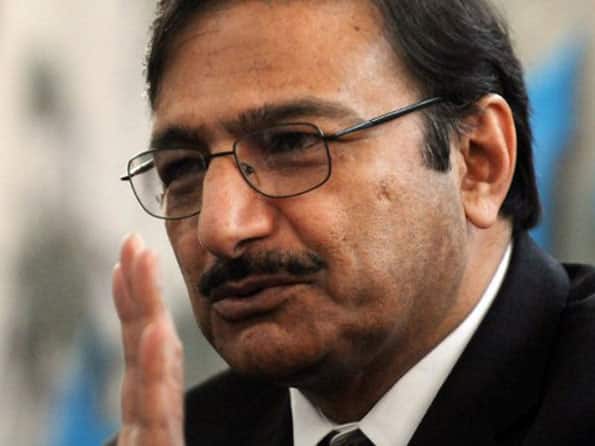 The chairman of the Pakistan Cricket Board (PCB), Zaka Ashraf ruled out holding talks with its Indian counterparts over resumption of bilateral ties between the two countries.

Ashraf on Saturday left for Dhaka to convince the Bangladesh Cricket Board to send its team to Pakistan.

“I have no plans to discuss the resumption of any bilateral cricket ties with Indian board officials if they came to Dhaka,” Ashraf said before leaving for Dhaka where he will witness tomorrow’s match between India and Pakistan in the Asia Cup.

“There really is no use discussing resumption of bilateral ties because the Indian board has made it clear it has not got approval from its government to resume cricket ties with us,” he said.

The visit to Dhaka is however very important for Pakistan cricket as Ashraf will be meeting with his Bangladeshi counterpart, Mostafa Kamal and discuss the chances of Bangladesh sending its team to Pakistan next month for a one-day series.

“The Bangladesh board has said it will soon send its report on the visit of its security delegation to Pakistan earlier this month. We are expecting them to let us know if the tour is on by next week,” chief operating officer, Subhan Ahmad told PTI.

Ahmad said that Ashraf’s visit to Dhaka was pre-planned but now in the given scenario, obviously, he would be talking to the Bangladesh board officials.

“We have done our homework and even if the Bangladesh board confirms the tour late this month we will have time to put everything into place for the series,” he added.

Pakistan has invited Bangladesh to play three one-day internationals in Karachi and Lahore in April and has given a detailed security briefing to the security delegation from Bangladesh in this regard earlier this month.

Pakistan is desperate to host a international team at home since no Test playing nation has visited the country since March, 2009 when militants attacked the touring Sri Lankan team bus in Lahore.

Ahmad admitted that if Bangladesh board did not clear the tour the PCB would have no alternate plans.

“Our next international assignment will then be the tour to Sri Lanka starting in late May,” he said. (PTI)