India women T20I captain Harmanpreet Kaur has denied reports of a rift with Mithali Raj saying she has always respected the senior pro.

India’s semi-final exit from the ICC Women’s World T20 last year blew into a big controversy as Mithali was dropped from the playing XI. There were counter allegations with Mithali claiming of being treated poorly by the then coach Ramesh Powar.

The former India spinner on his part put question marks over Mithali’s attitude. The result of the full-blown public spat led to the appointment of WV Raman as the new head coach of the women’s team.

I don t think there has been any problem between me and Mithali, Harmanpreet told Mumbai Mirror. I can speak for myself. You have to speak to her and ask if she has a problem with me. I have always respected her as a senior.

She further added, We are mature enough to handle the situation. We will have to play as a unit to take the team forward. We are more team players than individuals. If you think about the team cause, you will put your head down and work towards that. I have met her and spoken to her after all these events and we seem to have moved on.

Harmanpreet felt the situation could have been handled differently. No player is bigger than the team. When a team is doing well, all the members have to think on these lines only. I still feel that the situation should not have come to this but sometimes such things happen. I don t think the issues should have been highlighted so much. But everyone has their personal views and I won t comment on that.

Harmanpreet was recently named captain of the ICC Women’s T20 team of the year and is currently in Australia for the Big Bash League.

Despite the fissures, she claims there is still unity in the team and for the playing for the country takes precedence over personal egos. When you play at international level, you are mature enough to not let such things affect you. At the end of the day what matters is that you are playing for the country. That has to be the priority. Team is like a family where there are troubles and issues that keep cropping up. But these things can t be taken personally. The best thing is to sit across the table and solve the issues. The problem is not as big as it has come to be seen. The team has stayed together and that s the reason we have done well recently, she said. 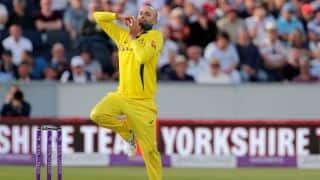