Former England batsman Geoffrey Boycott believes 'nobody in their right mind can back England' in India because the tourists batsmen are unable to deal with the turning ball. 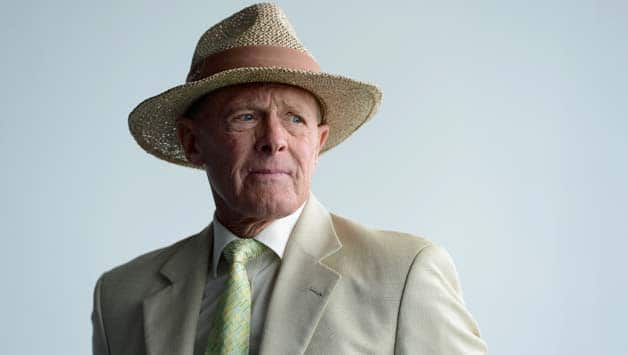 Former England batsman Geoffrey Boycott believes ‘nobody in their right mind can back England’ in India because the tourists batsmen are unable to deal with the turning ball.

After England s humiliating 3-0 loss to Pakistan in the United Arab Emirates (UAE) earlier this year, there has been enough talk regarding how the English batsmen will counter an Indian spin attack lined with Ravichandran Ashwin, Pragyan Ojha and Harbhajan Singh in in exacting conditions.

Boycott added fuel to the talk by saying that England haven’t convinced anyone that they can play the turning ball. “I don’t think they’ve convinced themselves. They might talk (about how) they’ve done lots of planning and preparation, but they actually haven’t done it in the middle. So it really boils down to what sort of pitches are produced by the Indian groundsmen,” he was quoted as saying by Telegraph Sport. However, Boycott added: “Nobody can back England. Nobody in their right mind can back England until England play well on the subcontinent.”

Boycott believes that the toss will be crucial in the series. “If the pitches turn, which they usually do how much will they spin is important. And who wins the toss, that’s vital. If you can win the toss and have a chance of putting up a really big first-innings total on a pretty good batting surface before the ball spins, then that is really a vital factor. If the pitches stay flat, England have some good batsmen who can score heavily. But I don’t think anybody can believe that you can go to India and the pitches won’t turn at some stage. It just always happens that way. Occasionally you get a very flat one over five days.”

Last summer, England snatched India s No 1 Test ranking by beating them 4-0 back home, but they haven t won a Test series in India since David Gower s team won 2-1 in 1984-85. England will be looking to set that record straight, but do not have Boycott s backing.

“India usually play well at home,” he said. “The players are used to the slower bounce in the pitches, that’s the key. It doesn’t move as much with the new ball and it doesn’t move for long. And it’s the lower bounce, it doesn’t get up high past the chin. They like their own food, they’ll get home support. They may look a little vulnerable, but I still fancy India over England.”

When Bangladesh made their Test cricket debut