As India women hammered Sri Lanka by nine wickets on Tuesday to go 1-0 up in the series opener, veteran India medium-pacer Jhulan Goswami became the first woman cricketer to pick up 300 international wickets. Goswami, 35, reached the landmark by removing Sri Lanka s Nipuni Hansika. Her overall tally as per today reads 40 wickets in Tests, 205 in ODIs and 56 in T20Is.

“I am not chasing milestones anymore,” Goswami told Women s CricZone in Galle. I didn t even know about the 300. When I started, I just wanted to play one match for the country, and to get one wicket.”

It was only last months that Goswami had announced her retirement from T20 cricket. Goswami holds the distinction of being the first female cricketer to take 200 wickets in ODIs. In May, she surpassed Cathryn Fitzpatrick to become the highest wicket-taker in women s ODI history. About her retirement, Goswami said the decision was taken considering the demanding nature of the format.

“T20 is a bit fast and I am slowing down day by day,” she said. “I found that I was mixing T20 and ODI. The thinking wasn t clear; the driving force I wanted wasn t there. I wasn t enjoying my bowling.”

Known as the Chakdaha Express, Goswami s best T20I performance came against Australia in 2012 where her 5/11 gave India a consolation win in a three-match series. Her other notable performances include 3/20 against England in Taunton in 2011, 3/7 against West Indies in 2012, 3/11 against Bangladesh in 2014 and 3/30 against Australia in March this year.

Goswami rated dismissing Australia s Karen Rolton in a Test match in 2006 among her finest victims. “I remember the release, how the ball came in, how it felt from the hand. There were so many special spells in games we didn t win,” she said.

The game against Sri Lanka also marked a milestone in Mithali Raj s career as she became the most capped captain in women s ODIs. 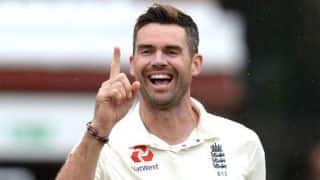 Record-breaking Anderson not done yet, has Sri Lanka tour in sights 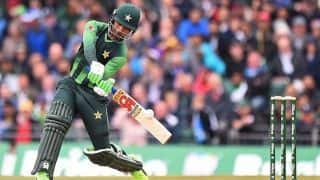