IPL 2022: Harbhajan said Mayank looked a little suffocated with the burden of captaincy on him.

Mumbai: From DRS failure to poor umpiring, IPL 2022 has had its share of controversies and moments that would be etched in our memories. Former India cricketer Harbhajan Singh recently was asked about his ‘most shocking’ moment of the cash-rich league. The ex-spinner picked Punjab Kings captain Mayank Agarwal demoting himself in the batting order. Harbhajan said Mayank looked a little suffocated with the burden of captaincy on him.

“If we talk about Mayank, I felt that ‘What has happened to him?’ He is such a good player. After getting captaincy, I think he was mentally under pressure. From opening he went down to No. 4. The team was being led from the outside. He is just taking everything. He seemed suffocated. He should have been given freedom. He has been under the radar and surely that could have been a little better,” Harbhajan told Sportskeeda Cricket when asked to pick the ‘most shocking moment’ of IPL 2022.

The PBKS captain had a season to forget. The 31-year-old scored merely 196 runs in 13 games at an average of just 16.33. He scored just one half-century. His form most certainly hurt Punjab as they could not make the playoffs after being in the race for it till the last week.

Punjab finished sixth in the table with seven wins in 14 games. They would hope to get things right in the next IPL. One could see a lot of changes being incorporated in the playing XI. It would be interesting to see the players who are retained and left next season. 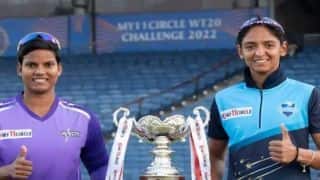