Nottinghamshire fought back against Somerset after 125-run opening stand between Marcus Trescothick (61) and Nick Comptton (68) to settle for a tie in the Royal London One-Day Cup at Trent Bridge. Chasing a target of 261, Somerset faltered towards the last leg of the chase. It was Alfonso Thomas and Tim Groenewald who scrambled for a single on the last ball which resulted in a tie. Thomas though cheekily tried to go for the second run later and was run out, but the umpire said that the ball had gone dead by then.

Somerset won the toss and elected to field. The Notts lost three of their top batsmen — James Taylor, Alex Hales and Michael Lumb — inside 10 overs with 42 on board. However, partnerships in the middle-order helped them fight back. Samit Patel and Riki Wessels shared a 90-run partnership before both fell in quick succession. It was then left to left-hander James Franklin and wicketkeeper-batsman Chris Read to resurrect the innings and they managed to add 71 more. Franklin with his half-century managed to take the team to 261. 22-year-old Lewis Gregory was pick of the bowlers for Somerset with three for 62.

When they came out to bowl, the Notts never looked anywhere close to winning as Compton and Trescothick scored runs at ease. Halfway through the innings, they had posted 125 without losing any wickets. Trescothick was the first to depart for 61 which resulted in two more wickets of Compton and Peter Trego. Colin Ingram scored a fluent half-century but the middle-order caved in. Gurney dismissed Ingram for 50.

With 18 needed in last two overs, Groenewald hit a six off Gurney. Three singles and a couple had brought the equation down to seven in the final over. Luke Fletcher kept his cool to bowl accurately and cut off the boundaries 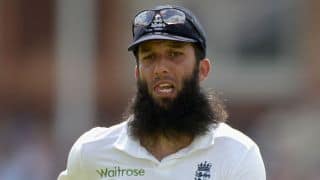 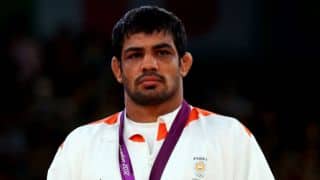