Sri Lankan fast bowler Nuwan Kulasekara on Monday was arrested in Sri Lanka after being involved in a road accident.

Sri Lankan fast bowler Nuwan Kulasekara on Monday was arrested in Sri Lanka after being involved in a road accident, that killed a 28-year old person. However, later in the evening, he was released on bail, after police admitted that it was not Kulasekara’s fault. Usually, arrests are done over major crime, and such can well be the case with Kulasekara. Previously, many cricketers have been involved in road accidents, and there have also been numerous of them, who have been arrested for rash driving, along with drunk driving, as the detailed report of the accident is awaited, along with condolences for the deceased.

Earlier in June 2016, Sri Lanka‘s pace ace Nuwan Kulasekara announces retirement from Test cricket in order to focus his energy on shorter formats. The last time he played a Test match was against England in June 2015, in which he managed to scalp only 2 wickets. It was the same series in which Sri Lanka outplayed England and registered maiden series victory on English soil. Kulasekara played two matches and managed to take 5 wickets. The 33-year-old made his Test debut in 2005 against New Zealand. In 21 Test matches he played for the islanders, he took 48 wickets at an average of 37.37, with an impressive economy of 3.01.

Cricketer Nuwan Kulasekara released on bail, Police sources say he was not at fault over the accident which a 28 year old died #lka

He had a reputation of bowling a disciplined line and length and played a major role in many victories, be it home or away. He had a traditional open-chested action and bowled 140-plus kmph despite being diminutive in size. He moved the ball off the seam and reverse-swung at will. 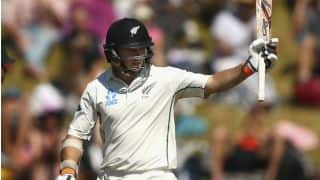