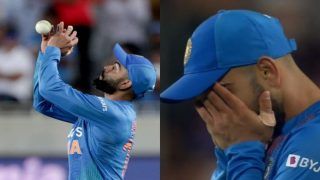 Not often do you see the India skipper Virat Kohli, who is one of the best fielders in the side drop catches, but he did drop a dolly against New Zealand during the second T20I at Eden Park, Auckland on Sunday. It happened in the 18th over of the match and the drop catch gave Ross Taylor a reprieve when he was on 11 off 17 balls. Taylor was looking to hit Bumrah down the ground in the long-on region, but unfortunately, he miscued it and it went up in the air. Kohli had time to judge it and get under the ball and take the catch, but it popped out of the grasp as he tried to reverse cup it.

What drew eyeballs was the dropped catch as Kohli rarely drops such dollies in the outfield:

Here is how fans reacted to the drop catch:

When virat kohli dropped a sitter of a catch.#NZvsIND pic.twitter.com/Y8mVGysKUJ

I believe this was the only time I saw @imVkohli dropped a simple looking catch. 😔

@imVkohli dropping the catch was like .. when a glass breaks at home and there is no scolding…Then only mom had dropped the glass #NZvsIND #HappyRepublicDay2020

Ball to Virat Kohli when he’s trying to catch.#NZvIND pic.twitter.com/88k1cDPSZA

Meanwhile, India beat New Zealand by seven wickets and 15 balls to spare to take a 2-0 lead in the five-match T20I series. KL Rahul bagged the man of the match with 57* off 50 balls. This is also the first time India won consecutive matches in the T20I format against New Zealand. Also, this was India’s 3rd T20I victory at Auckland’s Eden Park in as many as three appearances here. 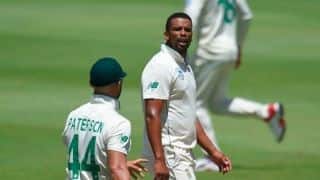