Ten players tested positive for the virus on arrival in Christchurch after a nearly 24-hour journey.

Senior batsman Muhammad Hafeez says a lot of Pakistan players contracted coronavirus in New Zealand because they travelled in commercial flights where health safety measures were lax in economy class. Ten players tested positive for the virus on arrival in Christchurch after a nearly 24-hour journey and it led to the New Zealand health authorities ensuring the Pakistan squad spent 14-days in quarantine, something which Hafeez didn’t like in his interview to a television channel.

“I think the players contracted the virus on the commercial flight since some of them had to travel in economy class where social distancing precautions were lax and our players got exposed,” Hafeez said after returning home from New Zealand.

The Pakistan Cricket Board (PCB), which was criticized for sending players on a commercial flight to Auckland, said it was not cost-effective to send the entire 53 member contingent on a chartered flight because of the duration of the journey.

Earlier the Pakistani players had travelled to England in the summer on a chartered flight because of the Covid-19 situation but the costs were borne by the England Cricket Board.

PCB CEO, Wasim Khan has admitted that since only a certain number of seats were available in the business and first class sections, some players and officials of the Pakistan A team had to travel in the economy section to New Zealand.

The 40-year-old Hafeez also lamented the treatment given to the Pakistani players and officials in New Zealand.

Hafeez said the two-weeks spent in quarantine was like time spent in jail for the players and officials.

“It was not easy for us to prepare for the T20 matches after spending time in jail conditions and we had just days before the first match.”

The senior batsman was Pakistan’s stand out player in the T20 series with two good knocks including 99 in the second match at Hamilton.

Hafeez is not PCB’s centrally-contracted player. 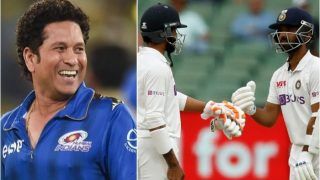 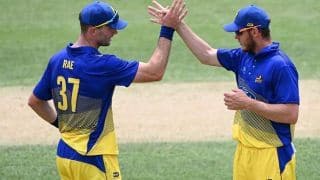