Yousuf had attempted to fix game at the 2019 T20 World Cup Qualifiers.

Oman cricketer Yousuf Abdurahim Al Balushi has been banned from all forms of cricket by the International Cricket Council (ICC), the sports’ global governing body announced on Monday.

Yousuf has admitted to four charges of breaching the ICC Anti-Corruption Code that include:-

Breach of Article 2.1.1 being party to an agreement or effort to fix or contrive in any way the result, progress, conduct or any other aspect of matches.

Breach of Article 2.4.4 failing to report the approaches or invitations that you received from three different individuals to be a party to an agreement or effort to fix matches in the ICC World T20 Qualifiers 2019.

ICC General Manager, Integrity, Alex Marshall said Yousuf attempted to convince a teammate to engage in corruption during high profile matches but failed to do so and had he not cooperated during the investigation, the ban could have been significantly longer .

“This is a very serious offence where a player attempted but failed to get a team mate to engage in corrupt activity in high profile games and this is reflected in the severity of the sentence,” Marshall said in a media release.

He added, “Without Mr Balushi’s admission of guilt and full cooperation throughout our investigation, the ban could have been significantly longer. The player has also indicated that he is willing to contribute to future integrity education programmes on our behalf to help younger players learn from his mistakes.”

Yousuf had attempted to fix game at the 2019 T20 World Cup Qualifiers. He was contacted by one Mr. X who enquired about the possibility of working together at the qualifiers.

Yousuf was asked whether he could introduce three Oman cricketers to Mr. X, an approach he didn’t report to the ICC Anti-Corruption Unit. He then met with two of Mr. X’s associates who asked him to get one particular Omani cricketer on board who will have to get out on their signal.

To confirm his participation in the fix, the said player would have to use either orange or a black grip on his bat.

Yousuf discussed the offer with the Omani cricketer who rejected it and reported it to the ACU.

Yousuf then deleted his messages with Mr X and his associates before admitting to the offense. 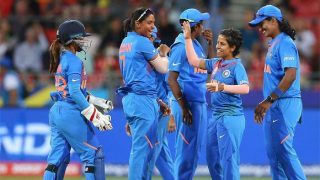