Jemimah Rodrigues says that playing the on-drive shot boosts her confidence the most.

Jemimah Rodrigues, who scored a match-winning knock for Supernovas against Velocity in the ongoing Women’s T20 Challenge, has said that playing the on-drive shot boosts her confidence the most.

Sent into bat in their must-win match, the Supernovas scored 142 for 3, thanks to Rodrigues’ 77 not out and then restricted Velocity to 130 for 3 to win the final round-robin league match at the Sawai Mansingh Stadium on Thursday.

The 48-ball knock from the 18-year-old was studded with 10 stylish boundaries and a six.

Speaking after the match, Rodrigues said: “I think the confidence I get while playing the on-drive is something no other shot gives me. I just tried to get good impact on the ball.”

She further revealed that her coach told her to stay at the wicket and not try to hit the ball hard.

“I think it was important for me to play throughout. My coach told me to just time the ball and not try to hit it hard. I am batting pretty well. I look forward to the finals and would want to keep things simple,” she added.

The two sides will again face each other in the finals on Saturday as the third team, Trailblazers, who also secured the same two points as Velocity and Supernovas, finished last on the basis of net run rate. 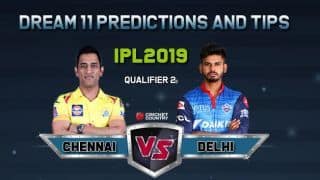