At the 2015 World Cup, under the captaincy of Michael Clarke, Australia regained the World Cup trophy, winning it for a record fifth time. 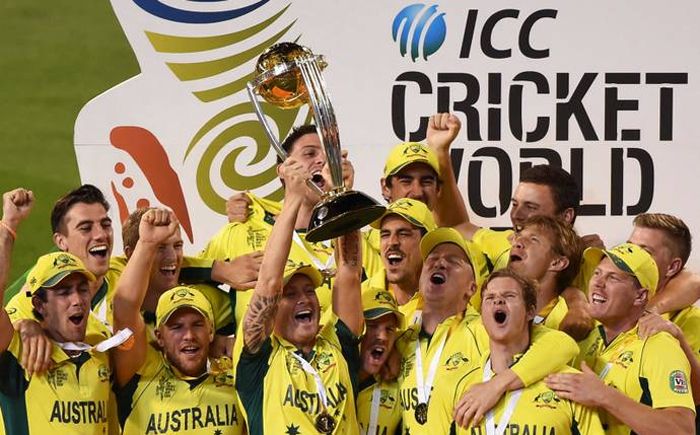 They are the true giants of ODI cricket. Their record at the ODI World Cups is a testament to that. A seven-time finalists, Australia have lifted the trophy a record five times out of 11 attempts. Their first title win came in 1987 before they bulldozed their way to a hat-trick of titles between 1999 and 2007.

At the 2015 World Cup, under the captaincy of Michael Clarke, Australia regained the trophy. Again, they weren’t the overwhelming favourites, but they performed like a champion team. They slipped against New Zealand in the group stage but quickly recovered to enter the quarterfinals with a sky-high confidence.

Pakistan were beaten easily and then they vanquished India to exact revenge. A dream final was set-up with co-host New Zealand but on-field it was a lop-sided affair. New Zealand were bundled out for 183 and the overhauled it with seven wickets to spare.

Four years ago today, facing Trans-Tasman rivals New Zealand in front of an Australian record crowd of over 93,000 at the Melbourne Cricket Ground, Australia rattled through the Kiwis’ line-up with the ball before knocking off the target with 16.5 overs remaining to lift the World Cup for a record fifth time.

It was also fitting, that on his final ever ODI appearance, Australian captain Clarke top-scored for his side, hitting 74 from 72 balls including 10 fours and a six before receiving a standing ovation from all sides of the MCG, as he led his side to victory.

Having won the toss and elected to bat, New Zealand got off to a disastrous start when captain Brendon McCullum playing his last CWC game departed for a duck in the first over. Ross Taylor (40) and Grant Elliott (83) between them scored over 67 per cent of New Zealand’s runs, as they were bowled out for 183 in 45 overs.

Star of the show with the ball for Australia was James Faulkner, who took 3/36 from nine overs as he claimed the Player of the Match award given the importance of his three scalps: Taylor, Corey Anderson and Elliott. Mitchell Johnson, who was also making his final ODI appearance, ensured he went out with a bang, finishing with similar figures of 3/30 off nine.

Australia’s innings started in almost identical fashion to New Zealand’s, as they lost Aaron Finch for a duck in the second over. However, that turned out to be the last of their worries, as 45 from David Warner, 56 not out from Steve Smith and Clarke’s 74 helped them reach their target for the loss of just three wickets in front of a jubilant home crowd in Melbourne. 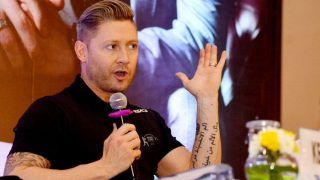 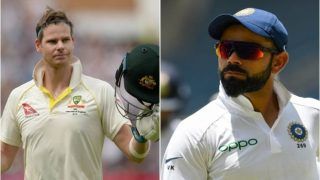