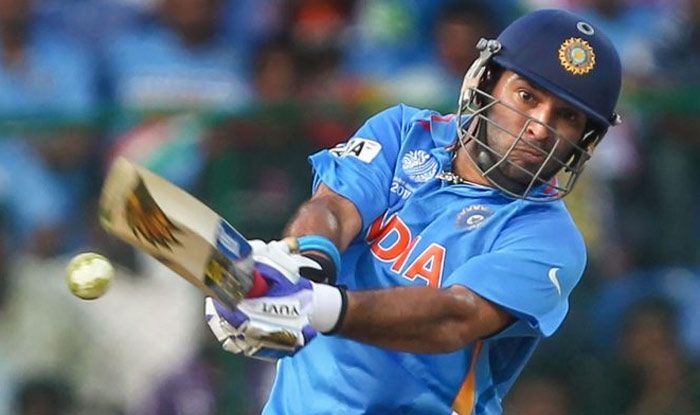 The 2011 ODI World Cup is remembered for Yuvraj Singh’s grit and battle with a life-threatening illness in spite of which he led them to their second ever title. It’s another matter that the actual reason behind Yuvraj’s illness was found out much after India had lifted the trophy at the Wankhede Stadium.

More on that later.

On this day in 2011, India faced West Indies in their final group stage match at the MA Chidambaram Stadium in Chennai. Batting first, India lost their openers early before a Virat Kohli and Yuvraj Singh stabilised their innings with a century stand on a track where batsmen had to work hard for their runs.

Kohli would go on to make a fifty before becoming Ravi Rampaul’s third victim but Yuvraj stayed put.

The Chennai heat got to Yuvraj or so he thought. He threw up on a couple of occasions.

There was the option of walking back to the dressing room but the allrounder chose to bat.

As it turned out, Yuvraj would end up scoring a century, the first time in a world cup match as he setup India for a challenging total. He scored 113 off 123 with 10 fours and two sixes before being dislodged.

India though collapsed after his dismissal to be bowled out for 268.

“I first thought it was because of the Chennai heat,” Yuvraj said later on. “I always wanted a World Cup hundred, which never happened because I had batted at 6. I prayed to God that whatever happens, even if I die afterwards, let India win the World Cup.”

However, Yuvraj still wasn’t done. With the ball, he took two wickets including that of dangerman Andre Russell as West Indies were bowled out for 188 with India winning by 80 runs.

India went on to be crowned champions with Yuvraj picking up the man-of-the-tournament award.

However, a bigger battle was awaiting the legend.

Later in 2011, it was revealed Yuvraj has lung cancer – first stage.

He underwent chemotherapy in USA and was discharged in March 2012 and remarkably, was picked in India’s squad for the T20 World Cup in Sri Lanka later that year.

‘Think of Your House as a Condom And Covid19 as STD’: Mitchell McClenaghan