Rahkeem Cornwall starred as West Indies completed a nine-wicket thrashing of Afghanistan in their only Test in Lucknow. 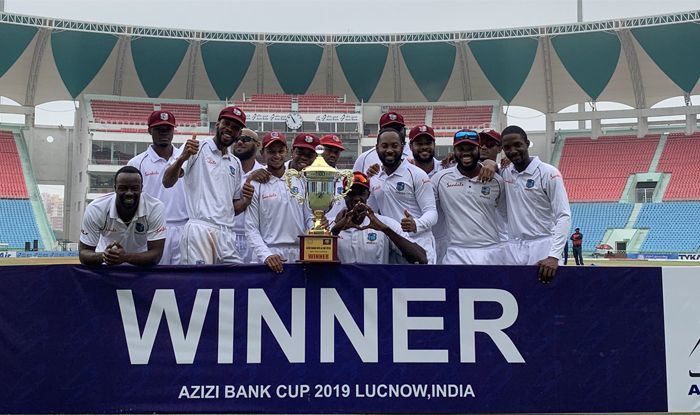 Rahkeem Cornwall starred as West Indies completed a nine-wicket thrashing of Afghanistan in their only Test at the Bharat Ratna Shri Atal Bihari Vajpayee Ekana Cricket Stadium in Lucknow on Friday. Resuming on their overnight score of 109/7 on Day 3, Afghanistan added 11 runs as captain Jason Holder wiped off their tail, taking the final three wickets to fall.

Chasing 31 to win, West Indies lost opener Kraigg Brathwaite (8) to Amir Hamza in the fifth over. They overhauled the target in 6.2 overs, finishing on 33/1.

Holder struck with his first delivery of the day with Rashid Khan being caught for 1. Yamin Ahmadzi (1) and Afsar Zazai (7) fell in Holder’s successive overs with Afghanistan lasting just 7.1 overs on the third day’s play under that got underway in the floodlights due to poor visibility.

For West Indies, Cornwall was the star as he finished with match figures of 10/121. For Afghanistan, who must’ve been disappointed with their show, debutant Amir Hamza put up a solid show, taking six wickets in the Test apart from scoring 34 in the first innings. 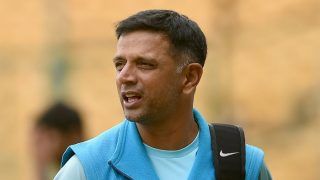