Ajinkya Rahane, the winning captain of the 2018-19 Deodhar Trophy emphasized on the importance of his opening stand with Ishan Kishan.

Ajinkya Rahane, the winning captain of the 2018-19 Deodhar Trophy emphasized on the importance of his opening stand with Ishan Kishan, highlighting that the partnership set the base for India C s 29-run win over India B in the final. Batting first at the Feroz Shah Kotla Stadium in New Delhi on Saturday, Rahane and Kishan scored centuries to lead India C to an imposing total of 352 for seven. India B fought back in reply but were bowled out for 323 in 46.1 overs.

“That was really crucial for us (good opening stand) after winning the toss. We wanted to get a good score, we batted really well,” Rahane said. “Ishan was struggling for the first 10 overs but after that he batted really well. Even Gill showed good intent.”

Rahane credited his bowlers in ensuring a successful defence. Despite being costly, Pappu Yadav picked up three wickets for 75 runs including that of Hanuma Vihari and Ankush Bains, while Rajneesh Gurbani, Navdeep Saini and allrounder Vijay Shankar picked up two each. Rahul Chahar conceded 72 in 10 overs but picked up the all-important wicket of captain Shreyas Iyer, who gave India B hope with an incredible knock of 148.

“Defending 350-plus, it’s a matter of taking one or two wickets. Our bowlers were always looking to take wickets,” Rahane added. “You cannot go defensive when defending such a tall score. Guys did really well, I thought Rahul Chahar bowled well. The more he plays, he’ll be a better bowler. I thought collectively we did well. I knew that I was batting well, it was all about spending time in the middle.”

Rahane s counterpart Iyer admitted that it was a tough chase to begin with. During his innings, Iyer was let down by cramps that hampered his running between the wickets. Without getting much support from the middle order, Iyer, in a quest for quick runs, departed in the 43rd over.

“It’s never easy to chase 353 on this slow wicket. I think the boys put in a commendable effort. They played well and outplayed us in all three departments,” Iyer said. “It wasn’t any injury and just a case of cramps. I have to drink a lot of water and hyrdate myself. Deepak came in and showed that he can rotate strike. I felt if I had stayed till the 45th over, the chase was going to be easy. But unfortunately, we lost the plot. Lots of positives to be taken from this game and the confidence was really high in the camp.” 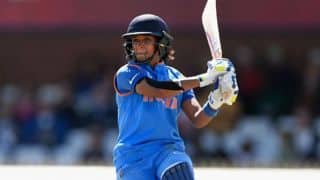 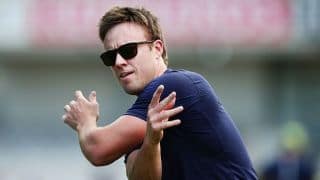