Ottis Gibson has confirmed that he will be taking over the role from Langeveldt following the completion of his tenure.

It has been confirmed that Charl Langeveldt will not be renewing his contract with Cricket South Africa (CSA) for the role of South Africa‘s heads bowling coach. Meanwhile, Ottis Gibson has confirmed that he will be taking over the role from Langeveldt following the completion of his tenure. However, he has still not confirmed regarding his support-staffs, who would be taking over along with him. He is reported to be appointing four new personnel for the role of an assistant coach, a batting coach, a fielding coach and a spin-bowling coach. Dale Benkenstein, Adrian Birrell, Claude Henderson and Neil McKenzie are the few names who are being discussed for the roles. Ottis Gibson: Have not spoken to Morne Morkel about World Cup 2019

On the four other personnel: “There are names at the moment. Obviously, Cricket South Africa have to make that happen. At the moment there are just names of people that I think can do a good job with the team, some overseas, some local. I will do the bowling, then there will be a batting coach, a fielding coach, an assistant coach and a spin bowling coach – so four, plus myself. Having spoken to Charl, bowling has always been my specialism as a coach, fast bowling. He fully understands that,” said Gibbson, as reported by ESPNCricinfo.

On appointing elite bowling and batting coaches: I am also in discussion with CSA about a few key positions that I think can make a difference in this country in terms of having elite coaches. So if there is an elite fast bowling coach for CSA, not just for the team, and an elite batting coach when we are on tour, and we have a couple of injuries and I want to know who is the next best fast bowler in the country, I have a person I can go to. At the moment, if I ask that question, I will be asking it to the selectors, and the selectors are doing a great job but the selectors are not coaches. Sometimes you want a coach. Charl Langeveldt: Kagiso Rabada is one of South Africa s best bowlers at present

On having someone to work with franchise cricketers: I had a really good discussion with the franchise coaches last week to get their input and tried to get a feeling and a message from them as to what I need from them and what they need from me as well. It was a really good chat. I really enjoyed meeting the guys and explaining my philosophy and how I want to take certainly the white-ball team forward towards 2019 and they are fully on board with a lot of the stuff that we discussed. Hopefully, over the next 2 months or so, we will continue to build those relationships. 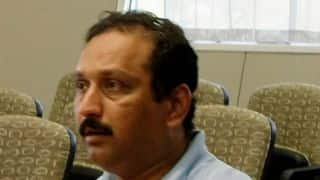