West Indies coach Ottis Gibson was left lamenting yet another "bad hour" after his side lost five wickets for 19 runs in the last session to slide against Australia, late on the third day of the second Test on Tuesday. 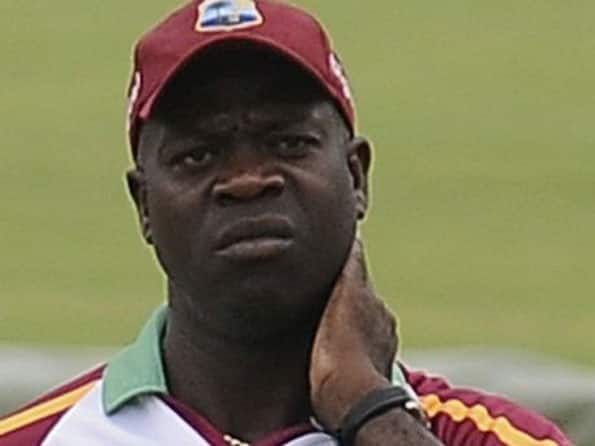 West Indies coach Ottis Gibson was left lamenting yet another “bad hour” after his side lost five wickets for 19 runs in the last session to slide against Australia, late on the third day of the second Test on Tuesday.

After a similar situation in the opening Bridgetown Test cost the West Indies the match, the predicament returned to haunt the Windies again and this time, it helped them squander a strong position of 230 for four Tuesday.

“Hopefully that is the one bad hour in the context of the match [for West Indies],” Gibson told a media conference.

“We’re still some 59 or so runs behind but if we come back tomorrow and we have a good first hour and the last two batsmen make a few more runs for usm then we may find ourselves in a situation that we were in in Barbados where we are behind and the Aussies – and that’s the way they play their cricket – set us something they think we can’t get and then it’s up to us to go out and try to get it and level the series.”

Resuming the day on 49 for three, Shivnarine Chanderpaul and Darren Bravo extended their fourth-wicket stand to 62, before being separated when Bravo was lbw to part-time bowler Mike Hussey before lunch.

Chanderpaul, who hit 94, and Narsingh Deonarine, 55, then put on a record 130 for the fifth wicket to haul the West Indies back into the contest.

Once they were separated in the space of three overs, the innings went into decline.

“That’s the beauty of Test cricket and I keep talking about that because it is tough and it is five days of hard grind, especially on a surface like this where runs are very difficult to come by and when you get those big partnerships, you have got to hope that the two guys who are in those partnerships can go big,” Gibson pointed out.

“It would have been nice for Shiv to get a hundred and still be there at the end for us but obviously he played fantastically well to get us in the position that we are in.”

“A combination of good bowling and senseless batting and one [dismissal] down the leg-side (off Kemar Roach) that didn’t look like it was out, all these things tend to contribute to the situation we find ourselves in at the moment,” Gibson said.

West Indies finished the day on 252 for nine.(IANS)