Ahead of the final Test against West Indies at Lord's, Gibson spoke highly about Mark Wood and his "X factor".

It is farewell time for Ottis Gibson as England’s bowling coach. He is all set to take over as South Africa’s head coach for their series against Bangladesh. Ahead of the final Test against West Indies at Lord’s, Gibson spoke highly about Mark Wood and his “X factor”. Injuries have hampered Wood’s progress. He had a mediocre series against South Africa and hasn’t been able to replicate much success for Durham on his return too. However, Gibson believes that a pain-free Wood called him an outstanding bowling prospect. ALSO READ: Gibson believes SA can end World Cup drought in 2019

“I really do think Mark Wood is the one,” Gibson was quoted in a report in ESPNCricinfo. “Obviously he’s had a horrendous time with injuries, but I went on a Lions tour with Mark about 3 years ago and saw him bowl pain free. And that’s when I said to Kevin Shine, the ECB’s lead fast bowling coach, that if we can keep him pain free he is our X factor bowler. But he’s not been able to stay pain free and I still don’t think we’ve seen the best of him.”

Gibson also named Olly Stone as another good prospect. Again, injuries have chequered the 23-year-old cricketer’s progress who can well clock above 90 mph.

The former West Indian pacer felt “emotional” when he was taken for a farewell meal with the England management in London and cherished the opportunity to work with James Anderson and Stuart Broad, and termed the experience as “unbelievable”.

“To work with the two best bowlers in terms of wickets taken in the history of England cricket is unbelievable. Anderson is very skilful. He knows how to bowl an outswinger and then an inswinger without much of a change in his action. He’s also open to new challenge. If I say go close to the stumps and bowl an inswinger or go wide of them and bowl and bowl an outswinger then he’s still curious about the game. If you are curious, you continue to learn. He is not a senior pro who is set in his ways and just wants to plod in drop it on a length. He still wants to develop new skills. The way he looks after himself is a credit to him. He has had a very good summer and I know he feels he still has a few years left in him for England,” Gibson added.

Talking of Anderson’s successful bowling partner Stuart Broad, a man well capable of running through batting line-ups, Gibson said, “I have known Stuart Broad a long time. I played with him at Leicester. He saw how I operated then as a senior pro and I brought that to my coaching: make sure guys understand what they need to do to win matches with regards to tactical stuff and make sure they know what length to hit to ensure they are aiming for the top of off stump on this pitch.” 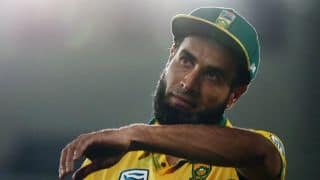