Out of contention Sohail Khan wants to play again for Pakistan

Out of contention Sohail Khan wants to play again for Pakistan

With the likes of Hasan Ali, Mohammad Amir, Sohail s return to the side remains uncertain, but the fast bowler in not willing to throw in the towel just yet

It s been almost two years since Sohail Khan last played a match for Pakistan. The 34-year-old featured in a Test match against Australia in December 2016 before being dropped from Pakistan s squad following a spat with bowling coach Azhar Mahmood. With the likes of Hasan Ali, Mohammad Amir coming to the fore, Sohail s return to the side remains uncertain, but the fast bowler in not willing to throw in the towel just yet.

“I don t consider age an issue at all for me regarding international cricket. For me, it’s simply a case of being able to play on as long as my body will allow and to serve Pakistan to my fullest abilities,” Sohail told PakPassion.net.

“I am excluded from the Pakistan team not due to any deficiency on my part, but strangely enough I am not included in the side despite having performed well. I have a Test batting average of over 25 and have taken crucial wickets in Tests and performed well in the World Cup. Yet I haven t been picked for the national side since 2016.”

Sohail, a promising talent, who seemed to be in for the long haul for Pakistan, has till date featured in just 27 internationals. His best ODI figures came against India at the 2015 World Cup, where he took 5/55. It was a tournament where Sohail scalped the two most dangerous batsmen, Virat Kohli and AB de Villiers. Not surprisingly, it s a memory he holds close to his heart.

“There are a few memorable moments that I cannot forget as they brought me so much joy,” Sohail said. “The first was the time when I took five wickets against India in the 2015 World Cup game in Adelaide. This was special because I had challenged myself and others to accomplish this task and I was able to do it and picked up the prize wicket of Virat Kohli as well.

“In the same tournament, I claimed the crucial wicket of AB de Villiers which was important for our victory in that game. Then of course, the performance in the 4th Test at The Oval against England in 2016 where I took five wickets in England s first innings is also a proud moment for me. It was even more special because not only did my performance help in squaring the series, it also contributed towards Pakistan s rise to the number one position in the ICC Test Rankings.”

Sohail added that despite his fallout with Mahmood and coach Mickey Arthur, he continues to share a cordial relation with the two. In April last year, Arthur had claimed that Sohail was dropped for the West Indies tour because of fitness issues, but the ‘Daily Jang’ had reported that the pacer was excluded on disciplinary grounds.

“I have a great relationship with Mickey Arthur as he treats me like his own child. He really praised me when we were in Australia and I feel he is a great coach simply because he has delivered what he had promised to do,” Sohail said.

“Azhar Mahmood has a been an excellent teacher for me. I didn t get enough chances to work with him but whatever time I have spent with him recently, I can confidently say that he has taught me aspects of cricket that I had not learnt before in my career. He is like an elder brother to me and I respect him immensely as a teacher.” Essex sign Murali Vijay for the remainder of 2018 County campaign 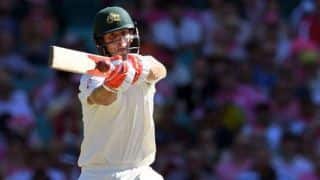