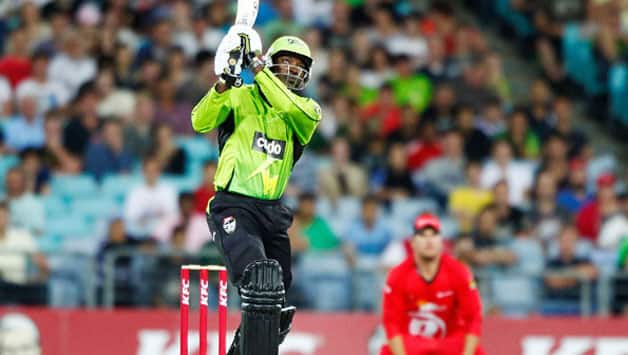 Chris Gayle arrived at Sydney on a reported Australian $250,000 deal

“But I can assure you he’s giving his absolute best to the team. He’s just having a bad run at the moment. He’s a human being and he’s definitely hurting and I know how determined he is to score runs for us and help the team to win a game.”

Gayle arrived at Sydney on a reported Australian $250,000 deal but has scraped together just 70 runs from five innings.