Australia today dropped the out of form duo of Brad Haddin and Shaun Marsh from their 14-member cricket squad for the ODI tri-series against India and Sri Lanka starting on February 5. 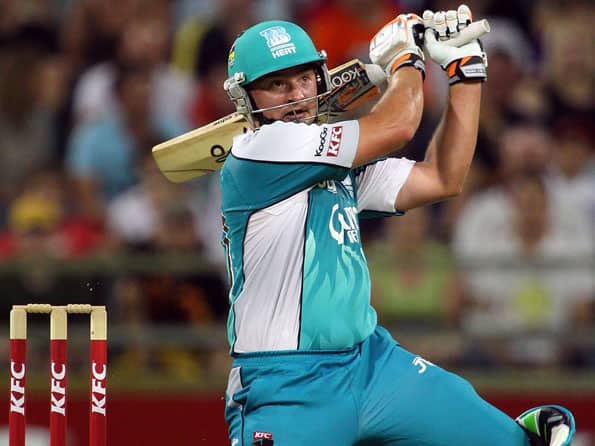 Peter Forrest Forrest got the nod for his solid contribution of 154 runs at a strike rate of 125.20 for Brisbane Heat in the ongoing Big Bash league Getty Images

Australia today dropped the out of form duo of Brad Haddin and Shaun Marsh from their 14-member cricket squad for the ODI tri-series against India and Sri Lanka starting on February 5.

Australia won the Test series against India 4-0 and both Marsh and Haddin struggled in it, leading to speculation that they could be dropped.

Matthew Wade will replace Haddin behind the stumps but the latter could be called back in the later stages of the series.

“Brad Haddin has come off a heavy program of Test cricket ? the workload for a wicketkeeper/batsman is rigorous and resting him for the start of the series will refresh him for coming international commitments while also giving us a chance to look at Matt Wade at this level,” said National Selector John Inverarity after announcing the squad.

Inverarity said the squad is a talented mix of proven performers and young players not yet experienced at the international level.

The newcomers and relative newcomers in the squad also include batsman Peter Forrest, all-rounders Mitchell Marsh, ironically the younger brother of Shaun, and Dan Christian and pacer Clint McKay

“We want a flying start to the Commonwealth Bank Series against India and Sri Lanka and as always, have selected a group we are confident can win while also keeping an eye on development for the future,” Inverarity said.

“Peter Forrest, Mitchell Marsh, Matthew Wade, Dan Christian and Clint McKay are in form and will have a chance to either prove or further prove themselves on the international stage.

“We have not at this stage named a vice-captain for the first three games with Brad resting and Shane Watson still unavailable while he completes his recovery from injury, and will assess that position when the squad assembles,” he added.

Forrest got the nod for his solid contribution of 154 runs at a strike rate of 125.20 for Brisbane Heat in the ongoing Big Bash league.

“Peter Forrest, in great form for Queensland and also for his KFC T20 Big Bash League side this summer, comes into the group but will remain available for the PM’s Xl game in Canberra this Friday, where he is vice-captain to Brad Haddin,” he said.

“Shaun Marsh is obviously disappointed with his own form in recent weeks and is out of the side but remains in our thinking for the future while he works at state level ? as they say, class is permanent but form can be temporary,” said Inverarity.

The back-in-form veteran duo of Ricky Ponting and Mike Hussey remain in the squad. The bowling attack would be spearheaded by another veteran Brett Lee.

“Brett Lee had a terrific Big Bash League and with Ryan Harris provides the squad with the experience at this level that will benefit the broader fast bowling group, while Xavier Doherty’s ability in this format speaks for itself.

The Australian squad will assemble here on Friday ahead of the launch game against India on Sunday.