Australia wicketkeeper-batsman Tim Paine and all-rounder John Hastings have been ruled out of the limited-overs leg of the upcoming South Africa tour due to injuries, which begins next month. 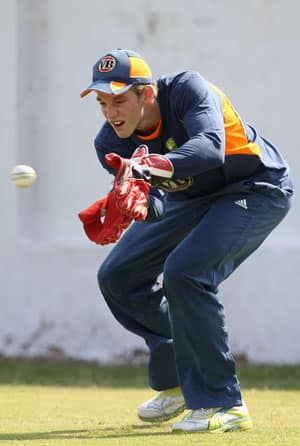 Australia wicketkeeper-batsman Tim Paine and all-rounder John Hastings have been ruled out of the limited-overs leg of the upcoming South Africa tour due to injuries, which begins next month.

Both Paine and Hastings need to undergo surgeries. Paine is struggling with a long-term finger injury, while Hastings suffered a shoulder injury while playing domestic cricket, reports said.

“Tim has been resting the injury in recent weeks but is still experiencing considerable pain. His surgeon has advised that the fracture is healing slower than expected and may not heal without surgical intervention. As such, Tim will be undergoing surgery later this week.

“He is likely to need an extended recovery period following surgery and will not be available for selection for the T20 and ODI tour of South Africa.”

Talking about Hastings’ injury, Kountouris said, “He has had ongoing shoulder pain since this incident and has been unable to return to training.

“He has consulted a surgeon who has recommended surgery. It is possible that he will have surgery sometime in the next week after further assessment from the surgeon. His return to cricket will be dependent on the management approach pursued.”

Australia will play two Twenty20 internationals and three One-Day Internationals on the South Africa tour, which will begin with their T20 clash on October 13.