Five-year bans handed to three Pakistani cricketers for spot-fixing offences were too lenient, according to a survey of international players. 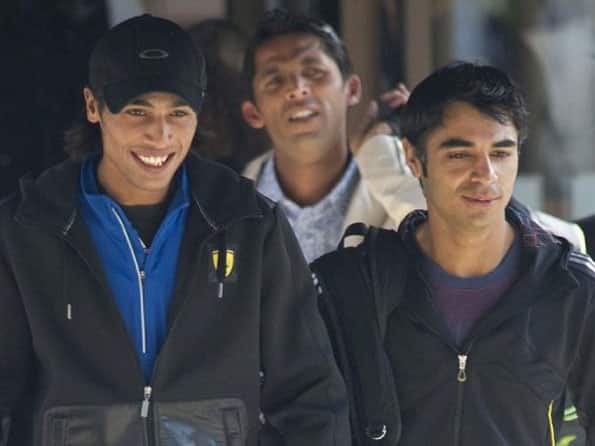 Five-year bans handed to three Pakistani cricketers for spot-fixing offences were too lenient, according to a survey of international players.

Over three-quarters of respondents to the Federation of International Cricketers Associations (FICA) players’ survey, released on Thursday, said the bans meted out to Salman Butt, Mohammad Asif and Mohammad Aamir were inadequate.

The trio, accused by Britain’s News of the World of conspiring to deliberately bowl no-balls as part of a ‘spot-fixing’ betting scam last year, were banned by the International Cricket Council (ICC).

All deny wrongdoing and are appealing the verdicts at the Swiss-based Court of Arbitration for Sport (CAS).

“The vast number of players want significant penalties to be invoked against those who are found guilty of serious corruption offences,” said FICA chief executive Tim May.

“Whilst 100 percent of players say that they will report any corrupt approaches made to them, 20 percent of them do not have confidence in the ICC to treat this information confidentially.”

May said the vast majority of the 45 players polled were more comfortable reporting corruption approaches to their team manager, than to the ICC Anti Corruption Unit.

Meanwhile, nearly a third of players said they would retire early from international cricket to play exclusively in the Indian Premier League, citing fears over fixture clashes curbing their participation in the money-spinning event.

“The Indian Premier League continues to be popular with the players, and its superior pay structures for the players, continue to challenge players priority over international cricket,” May said.

“When players are able to earn over ten times their annual salary from their Boards, for just seven weeks cricket in the IPL, it would be foolhardy of Boards to continue to schedule international matches during IPL and expect players to remain loyal to the Board and international cricket,” he said.

The survey also found that 54 percent of the players would retire from one or more formats of the game because of too much international cricket.

Players cited the major issues facing the game as governance, corruption and an overkill of international cricket, while only a single-figure percentage said decisions made at ICC Board level were in the wider interests of the game.