Pakistani opener Abid Ali joined the elite club of batsmen who have hit hundreds in consecutive hundreds in his first two Tests against Sri Lanka in Karachi.

Pakistan opener Abid Ali joined the elite club of batsmen on Saturday when he completed his second Test hundred against Sri Lanka at the National Stadium, Karachi. Ali slammed consecutive his second consecutive hundred to become the first Pakistan cricketer in the history of Test cricket.

The 32-year-old completed his century on the third day of the second match against Sri Lanka as he swept off-spinner Lasith Embuldeniya for a brace. Earlier, he had played a 109-run knock in the drawn first Test in Rawalpindi – his debut Test.

With the ton, Abid became the ninth batsman overall t to achieve the feat of consecutive hundreds in their first two Tests.

India’s Mohammad Azharuddin scored three hundred in his first three Tests after making his debut against England at home in December 1984.

The brilliant 278-run partnership between Abid Ali and Shan Masood is the second-highest opening stand for Pakistan after Aamer Sohail and Ijaz Ahmed’s 298 against West Indies in 1997 ?#PAKvSL pic.twitter.com/0LOHRzRmqB

Former India captain Sourav Ganguly and Rohit Sharma, Alvin Kallicharran of the West Indies and Jimmy Neesham of New Zealand are among the others who hit two consecutive centuries in their first two Tests.

Talking about the second Test, a brilliant batting display by Shan Masood (135) and Ali (174) helped the hosts to take control of the second Test. Pakistan ended the third day at 395/2, taking a healthy 315-run lead with Azhar Ali and Babar Azam batting on 57 and 22 runs respectively.

Resuming the third day at 57/0, the hosts rode their openers Masood and Ali’s scintillating effort as the duo put up a 278-run partnership for the opening wicket. 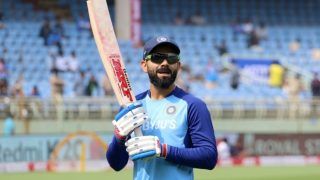 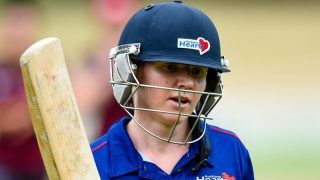