Pakistan's cricket chief insisted Wednesday that his country is safe enough to host international matches, saying the current tour by lowly-ranked Afghanistan sends a positive message to the world. 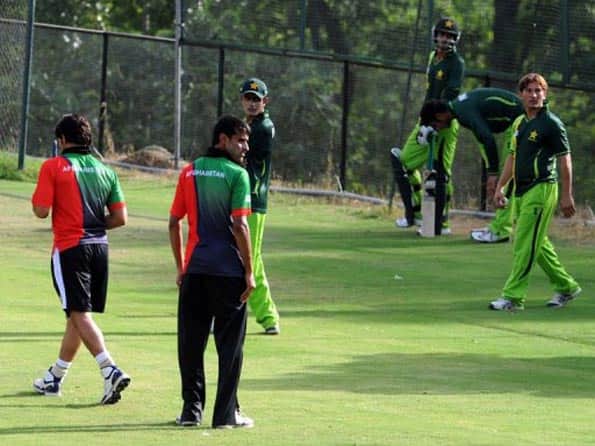 Pakistan’s cricket chief insisted Wednesday that his country is safe enough to host international matches, saying the current tour by lowly-ranked Afghanistan sends a positive message to the world.

“We want to send a message to the world that Pakistan is a safe place to play cricket and the people of Pakistan would welcome any team coming here,” said Ijaz Butt in a message at the start of Afghan series.

The Sri Lankan team were attacked in Lahore two years ago. The assault left eight people dead and wounded seven visiting players and their assistant coach.

Since then international cricket has been suspended in Pakistan and the March 2009 attacks forced to the International Cricket Council to relocate World Cup 2011 matches out of the troubled country.

Militant unrest, much of it in the form of suicide attacks, has killed nearly 4,400 people in the past four years as the Taliban and militants linked to Al-Qaeda wage a bloody onslaught on Pakistan’s US-allied leadership.

Afghanistan, playing the first of three matches against Pakistan’s second-tier ‘A’ team on Wednesday, are the first international team to play in the violence-torn, nuclear-armed country for two years.

They also play in Rawalpindi on May 27 and Faisalabad on May 29.

“I take this opportunity to thank the Afghanistan government and Afghanistan Cricket Board for sending their team. I hope this tour will pave the way for more such visits by foreign teams to Pakistan,” said Butt.

Even before the Sri Lankans were attacked, Pakistan had been a virtual no go zone for international teams after the September 11, 2001 attacks put the country on the frontline of the US-led war on the Taliban and Al-Qaeda.

In the last three years, Pakistan have been forced to play their home series in England, New Zealand and the United Arab Emirates.

“The visit of Afghanistan cricket team is also a good sign for the game of cricket in Pakistan. Unfortunately, our cricket frenzy nation is being deprived of international cricket at home,” said Butt.

Butt welcomed the Afghan team and praised their international rise.

“The progress they have shown in recent years is commendable. They have turned out to be a fine team and we expect some good cricket in their matches.”