The Pakistan Cricket Board (PCB) announced a 15 player squad for their T20I series against New Zealand starting January 22.

The side, which will be led by Sarfaraz Ahmed, includes youngsters such as Umar Amin, Haris Sohail and Aamer Yamin. Haris had made his debut against West Indies in 2013 and even played his last T20I in the same series. Similar is the case with Aamer who had made his debut and played his last T20I against England in November 2015. Babar Azam, Fakhar Zaman, Ahmed Shehzad, Shoaib Malik and Mohammed Hafeez have also been named in the squad.

All-rounder Mohammad Nawaz, who did not play a single match in 2017, is also included in the squad.

Shadab Khan is the only spinner in the squad. Mohammad Aamer, Hasan Ali, Faheem Ashraf and Rumman Raees form the pace attack. 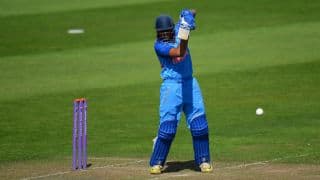